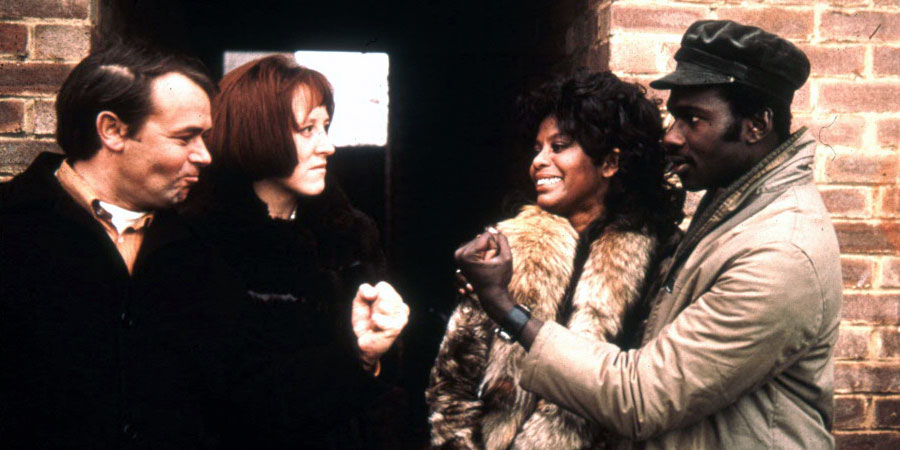 A hugely popular sitcom highlighting and examining the clashes of class and colour in early-1970s Britain.

In semi-suburban Twickenham, Eddie Booth is a passionately left-wing, ignorant Mancunian bigot who's not afraid of a racial epithet or two. When his new neighbours, Bill and Barbie Reynolds, turn out to be Trinidadian, he's far from pleased. But even worse than their colour - they vote Conservative.

Understandably, Eddie puts Bill's back up right from the off. From football to politics, they support opposing teams. But despite their differences, each man is far more alike the other than either would admit, and a begrudging respect develops between them. After all, there is a common enemy: their wives!