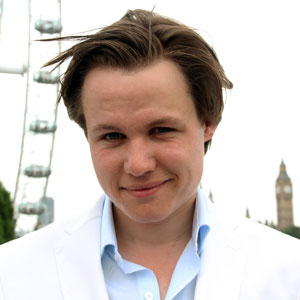 Look Into My Eyes is a fun new show. Can you explain it for our readers?

Thank you - it was so much fun to do. I travel around the country and twist the minds of people for entertainment. That makes me sound slightly odd, but by using hypnosis to change the way people think and behave there's a lot of fun to be had.

Hypnosis is a hard one to define, and many hypnotists and hypnotherapists disagree on what is actually happening. I use various techniques to tap in to someone's sub-conscious and allow them to use the full potential of their mind.

Doubtless there'll be a fair few people reading this - and watching the show - who don't believe hypnotism is real. How do you respond to that?

I'd hypnotise them all if I could - hypnotising people that don't 'believe' it's real is terrific. I appreciate that sometimes people don't believe it and that's fine. However, it is real, and everyone in the show is properly hypnotised. As I say in the opening sequences, we don't show the whole process of people being hypnotised (it's really, really boring) so you are just seeing the entertaining elements - the suggestion and reactions.

Having said that, you don't need to 'believe' in hypnosis to enjoy the show. I'm also a magician: no one actually thinks I went to Hogwarts and have the ability to walk on water whilst simultaneously making my mother disappear. But that lack of actual 'belief' doesn't detract from having a great time. If you really want proof that it's real go and look in the archives for the 1952 Hypnosis Act. It's a real law that governs what us hypnotists can and can't do. Politicians say it's real, and they'd never lie...

What do you think of ITV's hit You're Back In The Room?

I think it's cool. Look Into My Eyes is a very different format in that we're not in a studio but instead out and about. I thought the studio format worked well - You're Back In The Room was hugely entertaining and Phillip Schofield is an absolute legend.

How did you get into hypnotism, and into comedy?

I'm a professional magician which naturally led to an interest in hypnosis; they're quite closely related and I use hypnosis elements in much of my magic work. I was trained in hypnosis at the age of 16, I think then the youngest in the country, and continued doing it since. I'm not a comedian per se, but making people laugh is my raison d'etre. I absolutely adore it. In another life I'd love to be a stand-up, but I would be in an armchair as standing up the whole time would be knackering.

You're still quite young compared to many others in the profession. How do you feel about getting the spotlight?

I am young, but statistically I will get older. I've not really thought about what it's like to be 'in the spotlight' and I'm always aware that I'm very lucky. Being recognised a couple of times (as a result of the trailer being on E4) is certainly strange but it's amazing to meet people who enjoy having fun as much as you do! 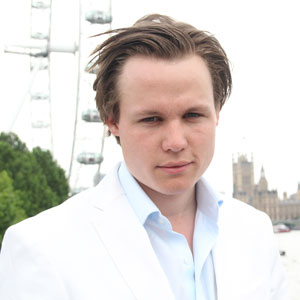 There's a mix of hypnotism to different ends in the pilot. What do you prefer, and what's the most interesting thing you've ever done?

Absolutely - the guests on the show are hypnotised to do different things. We have the moderately more sensible element of curing fears but also have a huge amount of fun. Personally it's the pranks that I most enjoy - getting people to do things they'd never normally dream of doing and having a laugh in the process is, as we young say, 'dope'.

The most interesting, however, was definitely curing someone's fear. I don't want to say too much about it as it's all in the show but that just demonstrates what a powerful thing hypnosis is and how it can be used seriously to have a positive impact on someone's life.

How much set-up did the pranks in the show need? Was it a bit more nerve-wracking to pull off those street stunts?

Surprisingly little. Unlike magic, for example, hypnosis requires no sets, gimmicks or Debbie McGees. Just a voice and good training. Having said that there was an incredible production team working on the show who did a huge amount of work behind the scenes. Particularly my make-up artist Nicole, who had one hell of a job!

Have you ever had a hypnosis attempt go disastrously wrong?

Fortunately nothing major has happened to me - you do hear scare stories of people never waking up but I don't believe them. I was very nearly expelled from school for hypnotising two friends and making them chase each other. The headmaster sat me down and his first remark was "Archie, don't hypnotise me during this meeting". If he tried to expel me I'd have definitely given it a go.

If E4 order a full series, have you any further ideas for stunts and set-ups you'd like to include?

I know everyone says this but I am full of ideas for a series. Just doing one episode made me think of buckets of things we could do. Watch this space...