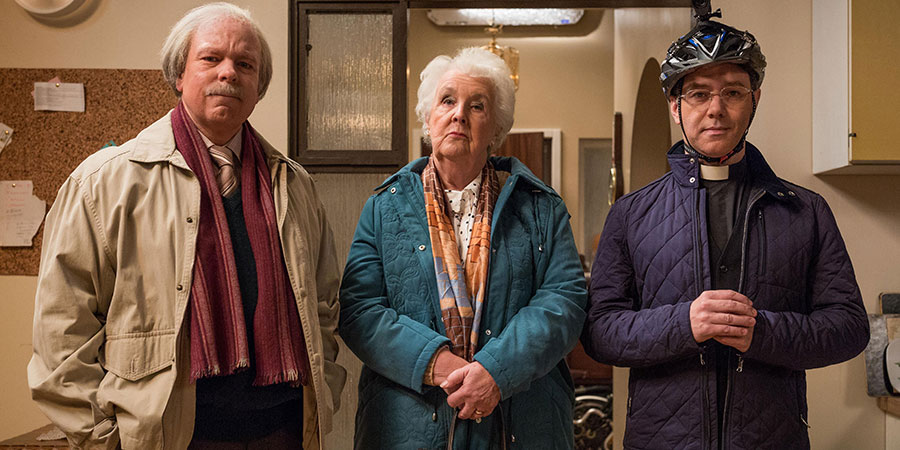 When Arthur finds an old mobile phone in his local graveyard, he makes the mistake of trying to contact the owner. But some mysteries are best left unsolved, and as Halloween draws near Arthur is plunged into a nightmare of his own making. It seems that no good deed can go unpunished, in this world or the next.
Preview clip

The 25th episode of Inside No. 9, Dead Line was broadcast and scored completely live. It was originally intended to be broadcast on Halloween night itself, but had to be moved to accommodate BBC Two's schedules. The script was rewritten to reflect this.

When Inside No. 9, the genre-defying anthology series, showed the groundbreaking live episode 'Dead Line' at Halloween, they created one of the great TV moments of 2018. In this session we revisit the episode and talk to the show's creators Reece Shearsmith and Steve Pemberton, along with director Barbara Wiltshire and long-standing producer Adam Tandy.