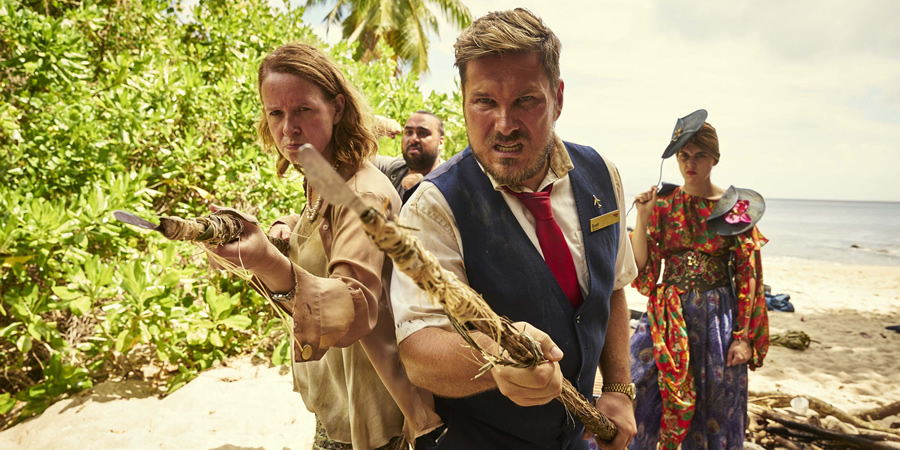 Salvation beckons when Harrison and Swallow arrive on the island; a research team studying the extremely rare, indigenous Hawksbill turtles.

While the islanders adapt to life without Brett, a desperate Douglas has fallen off the wagon and is trying to take control. However, the miraculous return of senior air steward Sullivan soon changes the group dynamic and Douglas is cast out to the dark cave on the other side of the island.

Brett brings with him news about the 'others' and alerts his friends that they could be heading to attack them at any time. Brett learns that Harriet has a large inheritance to pass to her son, who was put up for adoption soon after she gave birth. Brett capitalises on the fact he was adopted and with the dates adding up quickly claims his rightful place by her side. He had his suspicions but with this much money at stake he is almost sure of it.

Salvation beckons when Harrison and Swallow arrive on the island; a research team studying the extremely rare, indigenous Hawksbill turtles. However, the islanders have eaten them to extinction. With the threat of the 'others' arriving, Brett and company must do everything they can to gain control of the researchers yacht and get off the island as quickly as they can. Leaving Douglas behind in the cave, Brett has a crisis of confidence; will he ever find a BFF?