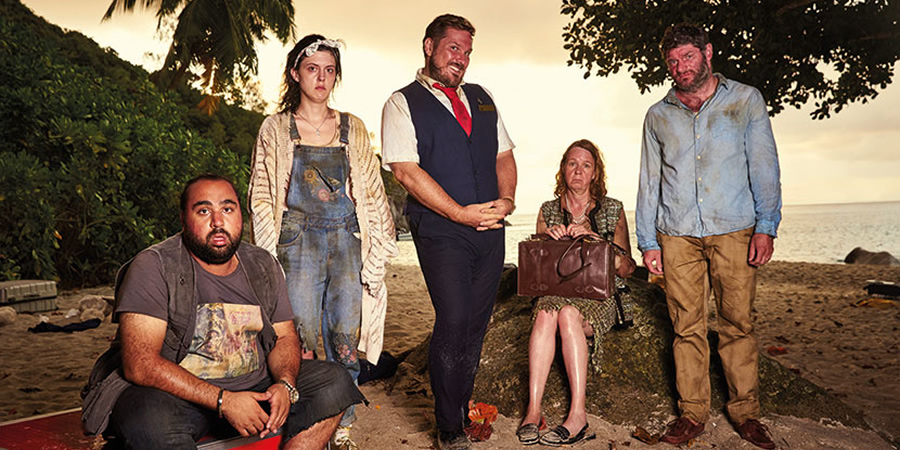 An air steward crash lands into a tropical paradise and puts himself in charge of the palm-fringed island. But remaining survivors won't be grateful for their lives for too long as they will soon learn they are stranded with the world's worst human being, Brett Sullivan, and not even the blue tropical waters are enough to make him bearable.

High & Dry centres around survivors of a plane crash who have washed up on a remote island in the Pacific. Led by overbearing, sociopath air steward Brett Sullivan, also self-proclaimed "King of the Island", the survivors assemble together in the belief they are each other's best chance of survival, or so they think.... will people show their true colours when survival instincts kick in and will they ever stand a chance of being rescued?