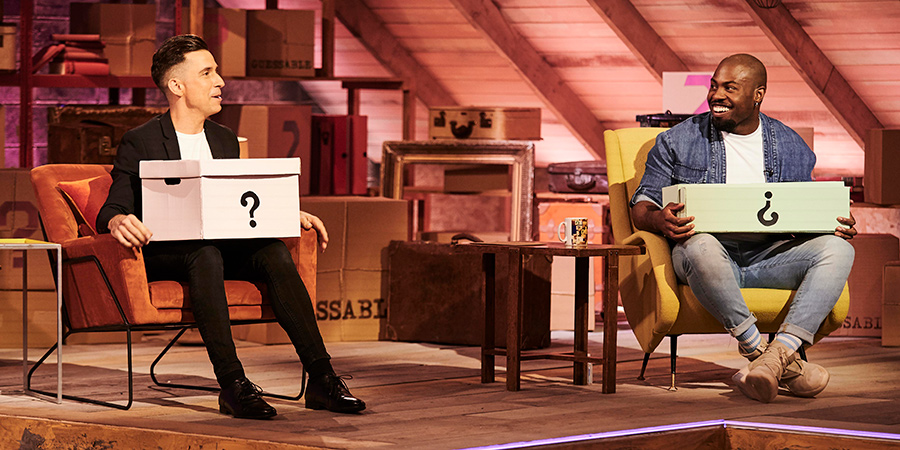 This week's games range from the absurd to the ridiculous, with Jason Manford becoming Eminem in 'What am I?', Russell Kane offering the finest gorilla impersonation of recent times in 'Worst Impressions' and Clare Balding proving that whilst she's a great presenter, she's a truly dreadful artist in 'Quick Draw'.

All this humiliation, in an attempt to get clues and guess what celebrity is hidden in John Kearns's Mystery Box.

Russell Kane and Clare Balding have just three seconds to draw a picture for their team mates to guess.

Can their teams work out who or what is being impersonated?