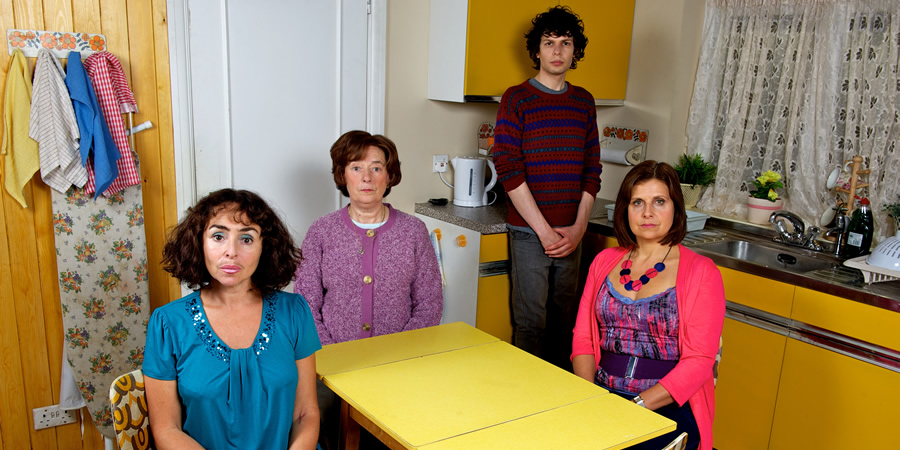 Sitcom written by, starring, and based on the life of Essex-raised Jewish comic Simon Amstell

Grandma's House features former Never Mind The Buzzcocks host Simon Amstell playing a version of himself - a TV presenter who is quitting his job to try to do something more meaningful with his life.

Each episode is set at his Grandma's house, where his family regularly congregate to catch up. Everything happens under the watchful eye of Grandma, who is desperate to see everything going well.

Simon's mum, Tanya, is a larger-than-life single woman who dotes on her famous son. Tanya is looking for love and has got engaged to Clive, even though she probably doesn't love him. Clive is a boorish man who likes to crack jokes - Simon has taken a dislike to him.

Auntie Liz often brings her wayward son Adam around to her mother's house. The family pick on Liz for her frumpy and unkempt appearance. Meanwhile Adam causes trouble by shaving off his hair, downloading pornography, and swearing in front of his Grandma.

In Series 2 it has been six months since the death of Grandpa, and Simon is now living with Grandma at her house. He has lost his presenting career and London flat, but is now set to act in a low key BBC comedy, and has hopes for a career on the stage.