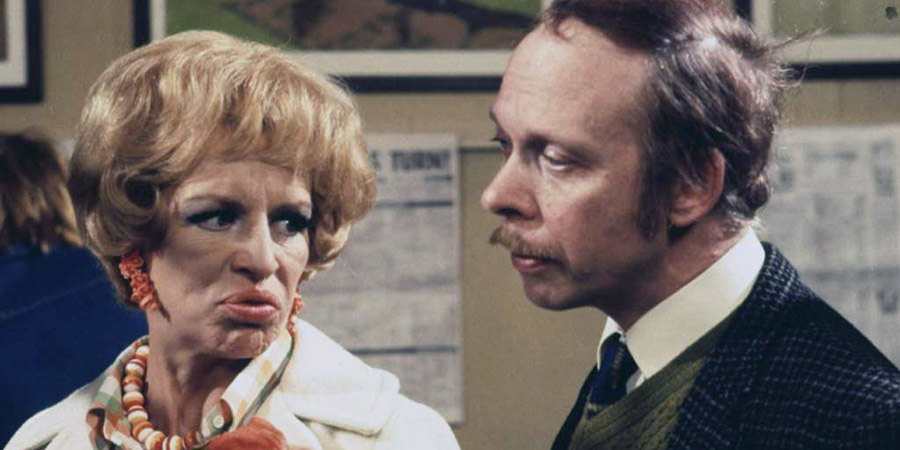 Sitcom about George and Mildred Roper, an endlessly bickering working-class couple in a middle-class neighbourhood

George and Mildred Roper are somewhat of an odd couple: he would be working-class if he wasn't too lazy and feckless to actually, well, work; and she's an accomplished snob.

Moving from their run-down old South Kensington home, they buy a property in the leafy London suburb of Hampton Wick, next door to the resolutely middle-class Fourmiles. Mildred is in her element playing up to their well-spoken neighbours and quickly makes friends with wife and mum Ann, but George is less than impressed or enthusiastic by their changed status, and particularly unamused by Tory-voting Jeffrey Fourmile!

Scrimping, saving and trying to get out of anything resembling effort or thought at every point, George's happiness with a less salubrious way of life proves a constant source of irritation to Mildred, ensuring frequent rows over even the smallest of things.