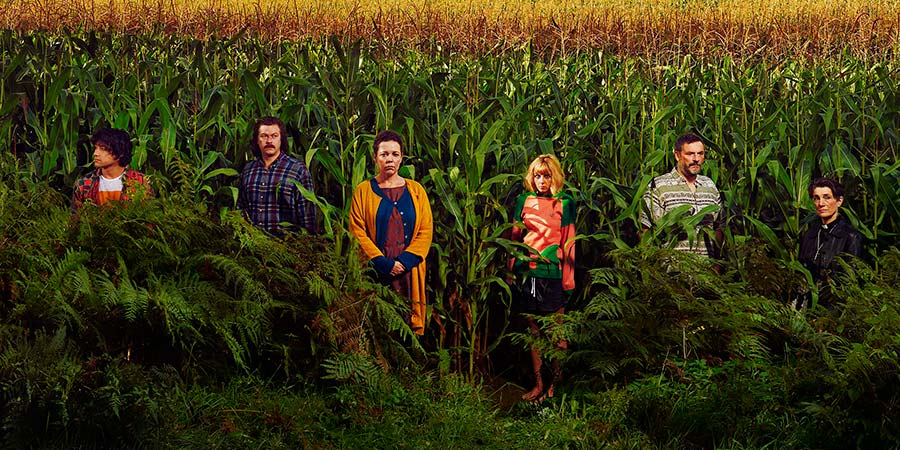 Flowers is an imaginative, cinematic comedy about an eccentric family, the Flowers, struggling to hold themselves together. Maurice (author of twisted children's books The Grubbs) and Deborah are a husband and wife who are barely together but yet to divorce. As Maurice fights inner demons and dark secrets, Deborah tries to keep the family together at all costs and becomes increasingly suspicious that Maurice is in a secret homosexual relationship with his Japanese illustrator, Shun.

They live in a creaky, messy, crumbling old house with Maurice's fruitcake mother Hattie and their maladjusted twenty five year old twins, Amy and Donald. Both are competing for the affection of neighbour Abigail as they struggle to burst through the confines of their arrested development.

Swinging from the profane to the profound, the Flower family and their often self-inflicted crises, are surrounded by odd neighbours who become the agents of further heartache and misfortune. Despite living on top of each other the family will do anything to not communicate, pushing them and their struggles with love and life to extreme and ridiculous places.