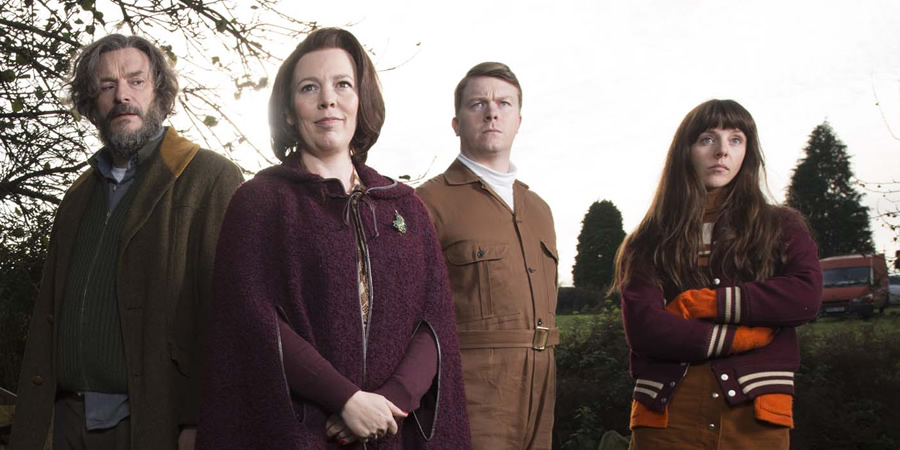 Will Sharpe has written, directed and stars in Flowers. So he seems like the ideal person to introduce the show...

People are weird; people are different; people are colourful, wild and delicate; people are insignificant and vulnerable and even the hardiest are easily destroyed: Flowers, you will have got by now, is a title with an almost heavy-handed double meaning.

In some ways, Flowers is a family sitcom, but perhaps one in which the characters - as they seek to break free of themselves (their own archetypes even) and each other - unwittingly break the story free of its own format. We were blessed with a cast of, without exception, extraordinary range and depth, which created endless opportunity to move characters on and to keep discovering new things as the stories around them grew more complex.

One of the most exciting challenges for me as a writer, having previously worked mainly in film, was writing in both longer and shorter story arcs at the same time, trying to make sure that each episode had its own shape, while also keeping an eye on the narrative shape of the series as a whole. I knew from the beginning that I didn't want a reset button, that I wanted the story and the characters to develop over the course of the six episodes. Channel 4's bold and forward-thinking decision to air the series across a single week complements this ambition and feels like the perfect way to present Flowers to an audience. 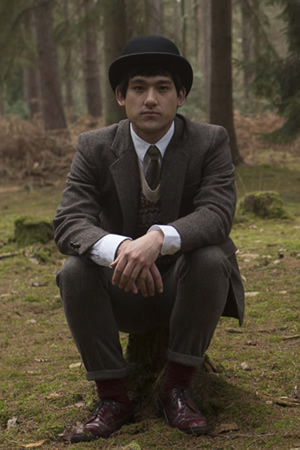 I first pitched the show as an ultimately uplifting show about melancholy. It is also about family, the idea of home, relationships and, we hope, many other things too, but poor mental health - in Maurice's case, depression - and the effect it can have on family and loved ones is clearly a prevalent theme. My intention, however, was never for the show to seem wilfully dark or flippant. The subject matter is occasionally serious, but the show comes always from a place of compassion. I believe it's possible to find humour in and around the most difficult and complex situations - sometimes, perhaps, it can even be healthy to do so - but I also know that, when dealing with difficult and complex situations, you need to be sensitive and you need to take care.

My mission, my obsession perhaps, was to try to find laughs without ever ignoring or making fun of any of the characters' pain. It was also important for me, and us all, that the show had the freedom occasionally to let sadness sit as just that - as sadness. But then of course sometimes it's impossible even to work out what (or which) a feeling is; sometimes sadness can feel like relief, feel almost like joy, relative to the sensation of feeling nothing at all. And sometimes they come all at once.

The producer Naomi De Pear and I have been working on this show for over two years now. I've been very lucky to have had her never faltering guidance and unwavering friendship and we, as a pair, have been very grateful for the support and wisdom of Phil Clarke and Nerys Evans (Channel 4's head and deputy head of comedy respectively). They have given us the freedom to make something that we are really proud of and that manages, we hope, to be completely and utterly itself.

I've had the overwhelming privilege of sharing this project with a huge number of extraordinarily talented, mind bogglingly hard working and unreasonably kind individuals. So many heads and so many hearts have poured themselves into making this show. I have no idea what you're going to make of it, but what I do know is that Flowers is the product of a hell of a lot of sweat, a hell of a lot of love and a hell of a lot of fun.

Sure, it's bleak at times, but the overriding message is intended to be a positive one. That may not really mean anything now, but hopefully by the time you've finished watching, it will.

Interview with Will Sharpe