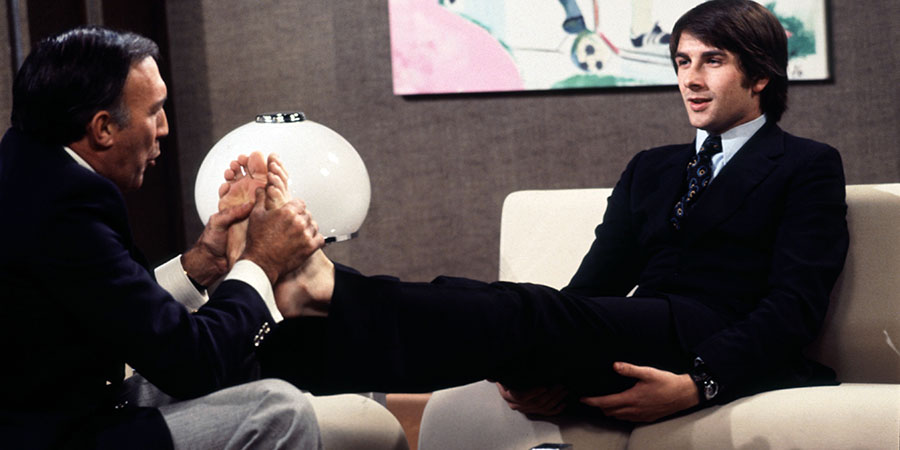 Football comedy starring Jonathan Barlow as Terry Prince, a local footballer given the chance to hit the big time

Impassioned, convicted and highly-strung football manager Harry Turnbull has a new star striker on his team in the form of 20-year old Terry Prince. Leading one of the first division's most successful teams, he's understandably keen to sign - and keep - the best talent in the country, and keep up the image and running of the club at almost any cost.

As thick as two particularly short planks but with a natural talent for football, midlander and former mechanic Terry is far too earnest and trusting for his own good. Viv, his wife, is a darn-sight sharper, which brings her into immediate conflict with the club's no-nonsense PR whizz, Hamilton Defries.

Installed in a large, comfortable new-build home in leafy Sunbury-on-Thames, Surrey, and with their every whim ready to be catered for by the club, he expects a little assistance in return - but Viv isn't so keen to play ball, especially after he suggests she book in for some cosmetic surgery!

Production company
Soundtrack
The theme tune is a fairground organ orchestration of If My Friends Could See Me Now, from the musical Sweet Charity by Cy Coleman.
Laugh track
Live audience