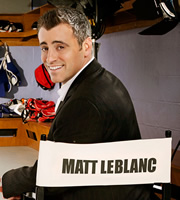 Matt LeBlanc plays a satirical send-up of himself as the egotistical star that TV executives cater to. Never mind that he's not even remotely right for the part of the wise articulate headmaster of an elite boarding school - the network dumbs it down to hockey coach to better suit him.

This Matt is a spoiled, manipulative, adolescent who wreaks havoc on the beloved show that Sean and Beverly are trying to bring to American television, and drives a wedge between the happily married Brits.

Matt's carefree Hollywood lifestyle is very appealing to Sean, but he and Beverly initially share a mutual hatred of each other. 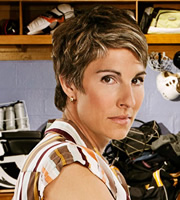 Along with her husband Sean, Beverly is the proud creator of Lyman's Boys, a hit British television series that has won numerous awards. Beverly is happy and content with her life in England, and is immediately wary of the offer to bring the show to America.

Beverly is fiercely protective of her beloved creation, and she fights tooth and nail to protect it from the ugly Americans who clearly seek to destroy it, long after Sean has given up.

She resents and despises Matt LeBlanc from the get-go. But she underestimates the power and influence that a star of Matt's calibre possesses, and surprisingly finds herself on the losing end of every conflict she enters into with him.

However, in the world of showbusiness, things can change fast and it's not long before Matt and Beverly are able to see a little more eye-to-eye. 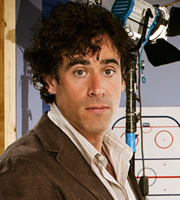 Sean is the other half of the golden couple of British comedy. Unlike his wife, Sean is excited at the prospect of an adventure in America to see their beloved series turned into a network show. And even when things get difficult and the frustrating absurdities of Hollywood reveal themselves, Sean takes it all in stride.

Sean jumps at Matt's friendly overtures, and quickly bonds with the star - reveling in Matt's world of amazing sports cars and private jets to Vegas. But can Sean and Beverly's marriage survive his budding bro-mance with Matt? 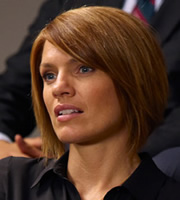 Carol is second in command at the network. She has the unenviable job of making sense of the chaos her boss creates.

First working for Merc, with whom she's long been having an inexplicable affair, Carol essentially does all the day-to-day work of running the network whilst he takes the glory.

When Merc disgraces himself and is fired, it's Carol who is first offered the top post - but then losers it to the incoming Castor Sotto; however, Castor has deep psychological problems and it doesn't look like he'll last the distance. Could Carol's chance to shine yet be to come?

Unlike many of her bosses and colleagues, there is a human being somewhere inside Carol's Hollywood exterior, and she becomes a much-needed friend and confidant to Beverly. 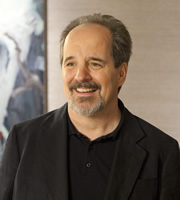 Merc was the president of the American television network that buys Lyman's Boys. He is a dangerous, dangerous infant. He's willful and mercurial and has the attention span of a gnat. He greets everyone he meets - friends and strangers alike - with a hug. But he has the eyes of a killer.

It is quickly revealed that Merc has never even seen Lyman's Boys (according to Carol "He's not a big TV watcher"), and all of his promises to "not change a thing" prove to be horrifyingly empty to Sean and Beverly.

Merc's boorish behaviour and selfishness come to a head at the end of Series 2, seeing him fired from the station and losing his wife, Jamie, to Matt. But that's by no means the end of Merc's career in LA... 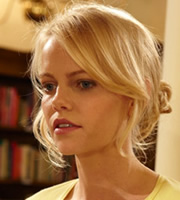 Matt LeBlanc's choice for the role of the dowdy, middle-aged lesbian librarian of the boarding school is Morning Randolph, who is smoking hot and young. Or is she?

It turns out Morning has been working in Hollywood forever, and is apparently ageless, much to Beverly's fascination. Sean becomes fascinated with her too, especially when Matt shows him the racy video of her having sex that is all over the internet. 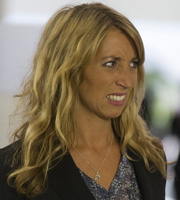 Myra Licht is supposedly the network's head of comedy, yet has no discernible sense of humour. Or wit. Or even the remotest hint of intelligence.

Usually found with an inane, perplexed grin on her face, it's a wonder how Myra's kept hold of her job.

Played by: Joseph May

Carol's camp assistant Andy is a bit useless and a bit of a 'yes' man - and yet the only colleague she can rely on.

Unable to keep a secret to save his life, Andy is almost a stereotype of over-worried effeminacy, constantly worried for his job in the face of shake-ups at the network. 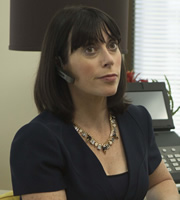 Eileen is Matt and Beverly's agent in America. She negotiates with the networks on their behalf, and sets up many meetings in the process of trying to get their new script - The Opposite Of Us - picked up.

When in the office, Eileen seems to always be walking on a treadmill. It's a form of multitasking - keeping fit and working at the same time. 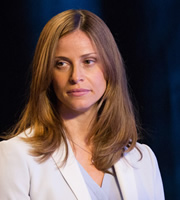 Helen Basch is the new head of the network. She is friendly and personable and understands you have to give creative people freedom to make a hit programme.

Helen arrives with a formidable track record behind her. Will she be able to turn Pucks! around into a hit show again?

Carol once had an affair with Helen's husband and broke up her marriage so things should be tense between the duo... 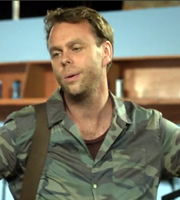 Tim was Sean's old writing partner, before Sean moved on to working with Beverly.

Unfortunately for Sean, at the time he was working with Tim he developed an idea not too dissimilar from The Opposite Of Us... and now Tim is in America pointing that fact out.

Acting in a very passive-aggressive way, Tim attempts to muscle in on The Opposite Of Us project. 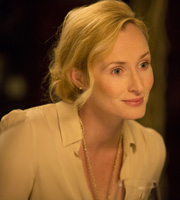 Jamie is the long-suffering wife of Merc's selfish behaviour.

Perhaps what makes it even worse is that she is perhaps the single nicest person Sean and Beverly have ever met - and blind.

After becoming wise to her husband's gross infidelity, Jamie sleeps with - and soon falls for - Matt. 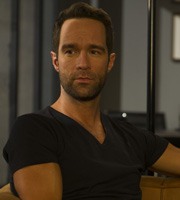 Following Merc's very public disgrace and departure from the network, the board hires renowned executive Castor Sotto as his replacement.

Feted as a genius of television, Carol is initially fearful for her job but soon in awe of his dynamism and enthusiasm. If only he wasn't struggling to hide a psychosis that sees him arguing with furniture...