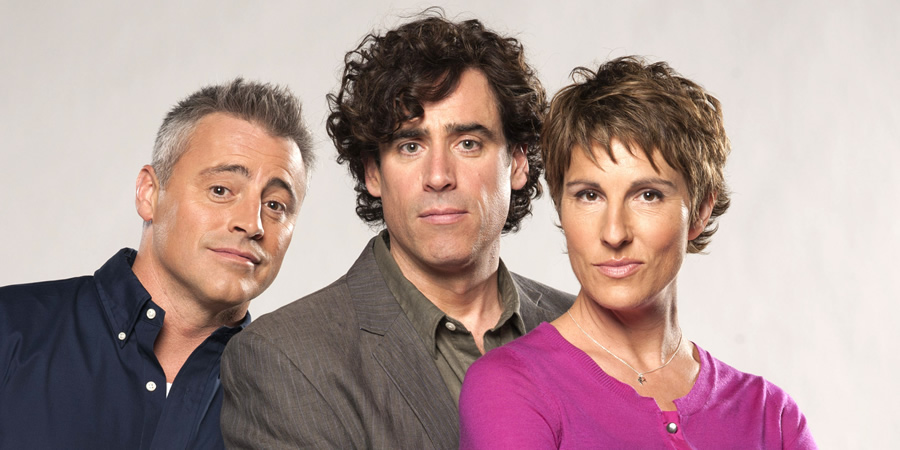 Episodes is the story of a married English couple, Sean and Beverly Lincoln, who also happen to be successful writer-creators of hit sitcom Lyman's Boys. At an awards ceremony in London they are wooed by a hugely powerful and charismatic US network executive who persuades them to move out to LA and remake their hit show for an American audience.

Things begin to unravel at Sean and Beverly's first studio meeting. It soon becomes clear that the network president has never seen their show, and to make matters worse he has sweeping changes in mind for the adaptation, including the replacement of lead actor and erudite Royal Shakespeare veteran Richard Griffiths with Friends star Matt LeBlanc. The intelligent Lyman's Boys is becoming locker-room comedy Pucks!.

Sean and Beverly are appalled at the changes, and especially the casting of LeBlanc, but the decision is out of their hands. Matt comes on board and they find themselves in a complicated triangle, which threatens to destroy not just their TV show but also their marriage.

By the end of the first series, all three are bloodied and bruised, with hearts broken and friendships ruined: inevitably, it's at that point that the network tells them that they're ordering a full series, and the three know they'll be forced to work together despite the complete mess they've made of their lives.

The second series picks up four months after the end of the first. Sean and Beverly's marriage has been blown apart by Beverly's fling with Matt, and Matt's friendship with Sean appears to be beyond salvage. But Pucks! hasn't even yet premiered, and the road ahead is long.

As the series progresses, we are plunged deeper into the twisted world of making television. It's a portrait gallery of megalomaniac network executives, surgically-enhanced actresses and naked stalkers who appear unexpectedly in your kitchen.

Through it all, Sean and Beverly struggle to rediscover the love they had when they started their American adventure, while Matt struggles to reclaim the stardom that was once his. 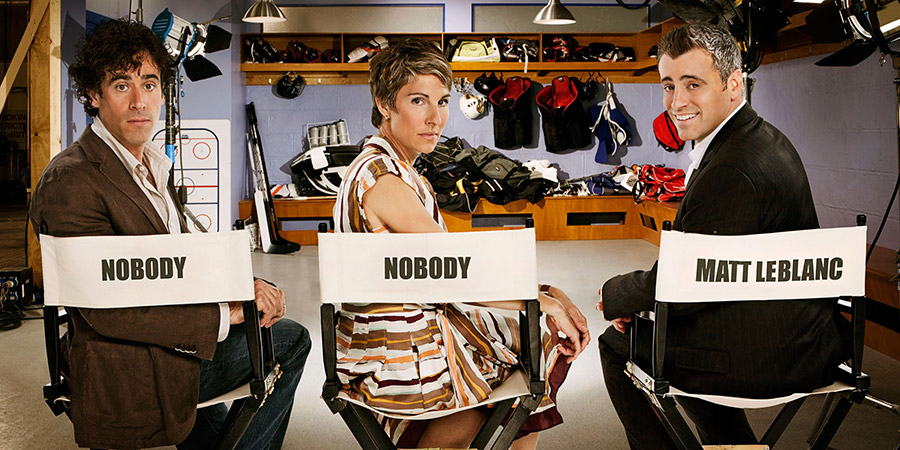 Series 3 starts immediately after we last saw the trio. Whilst the Lincolns are back together, they soon discover that it's not so easy to heal old wounds, especially when additional secrets are revealed about their time apart. Meanwhile, Matt is now seeing Merc's blind wife, and Merc himself is out of a job and back to pitching shows as a freelancer. Carol's hoping to take over the network, whilst Matt finds himself desperate to be rid of Pucks! and move onto an exciting NBC drama pilot...

In Series 4, Matt faces a financial crisis and is forced to make some tough decisions. Matt being Matt, he will likely make the wrong ones.

Meanwhile, Sean and Beverly have been dragged back to LA to shoot more episodes of their disastrous sitcom Pucks!, and their other project, The Opposite of Us, refuses to go away. And there's a new head of the network who will, in all likelihood, make life more complicated for everyone. 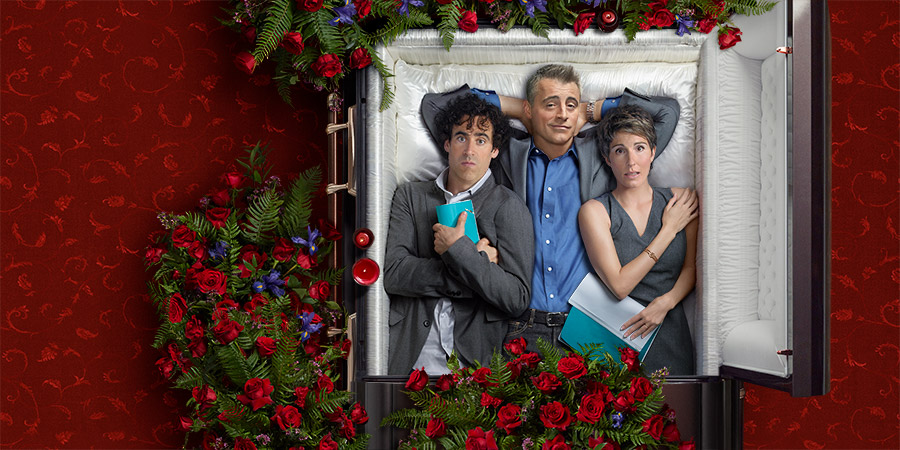 The final series sees Sean and Beverly persisting with The Opposite of Us through tightly clenched teeth. With Sean's former writing partner Tim installed as showrunner and steadily ruining the entire series with his awful jokes - not to mention punishing running of the writers' room - tensions are rising.

Matt, meanwhile, is locked into hosting questionable but high-rating game show The Box, which puts him at the mercy of an increasingly vindictive Merc Lapidus once more. Carol is unemployed and increasingly unemployable after her ill-fated relationship with Helen. Rarely leaving the house and regularly high, visits from Beverly are almost her only external contact - suing the network over her treatment and dismissal looks increasingly likely.

Fortunes are lost, hearts are broken, egos are crushed, careers are ruined, sex tapes are revealed, and large amounts of alcohol are consumed. Just another day in Hollywood.