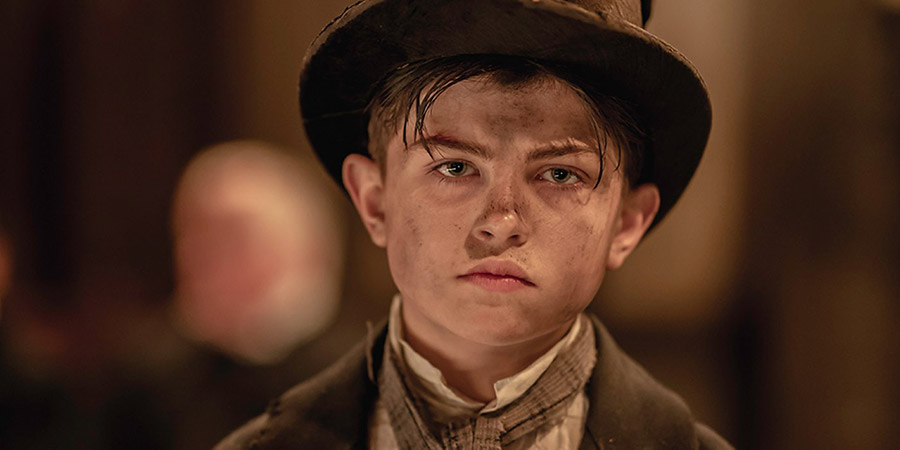 A funny, optimistic, fast-paced comedy drama full of jeopardy, Dodger is set before the events of Charles Dickens's iconic novel, Oliver Twist. There are some familiar characters and a whole gallery of colourful, new ones. Each episode is a standalone adventure brought together at the end of the series with some dramatic reveals and surprises.

Dodger follows the exploits of the infamous pickpocket, The Artful Dodger, and Fagin's gang as they find ingenious ways to survive the grim and exploitative conditions of early Victorian London in the 1830s.

The group of young misfits is led by Dodger and his pickpocketing partner-in-crime, Charley Bates, a girl from the countryside with a mysterious past. They are joined by Polly, Tang and Dodger's adversary in the gang, Tom. Together the orphans duck and dive their way through the criminal underworld, trying to make a better life for themselves, whilst satisfying Fagin's pickpocketing demands and avoiding the hangman's noose. The police are always just one step away with Sir Charles Rowan becoming increasingly obsessed about how to deal with the gang and catch Dodger.