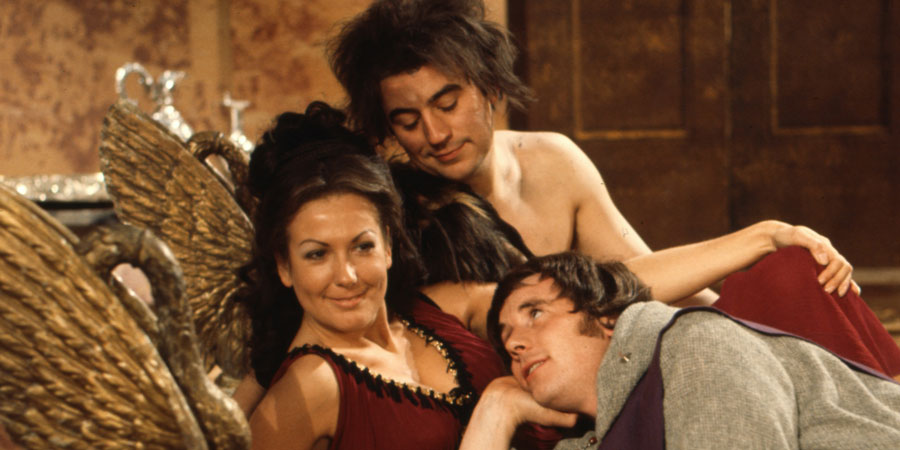 The Complete And Utter History Of Britain

Serious students of British history; scholars and academicians are strongly advised to watch this series of programmes. They are not likely to feel the same about their subject afterwards. The Complete And Utter... takes, shall we say, a slightly idiosyncratic view of our noble heritage.

The writers of this unauthentic version of Albion in all perfidity are Michael Palin and Terry Jones, who also star in each episode. The series also features Wallas Eaton in a multitude of roles.

Across six weeks these three actors and a 'barmy army of all shapes and sizes' appear in hundreds of different guises ranging from all the Roman Army or prehistoric men to King Canute - remember his eventful visit to the seaside? - and Julius Caesar.