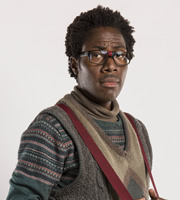 Tom is a childish, cynical, action film addict who's bored by the end of the world.

He's never happier than when he's getting drunk and telling his daughter Laura all about Steven Seagal.

Tom knows he's punching way above his weight with Suze. 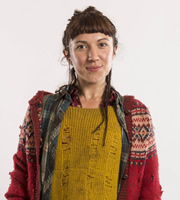 The ever optimist, Suze goes into every situation with an open heart, only to get bewildered and/or annoyed by the insane remnants of civilization.

If at all possible, Suze wants Laura to have a normal childhood (it's not possible). Though she has little to no success at 'improving' him, Suze remains a sucker for Tom. 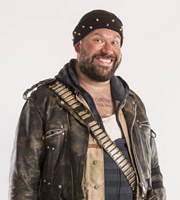 Felix is a jovial, tattooed, carjacking West Country BFG. He survived the bombs because he was doing something odd in a basement with the Swindon Town first XI.

He is little Laura's best friend, an ardent fan of Tom's and self-?styled sister to Suze. 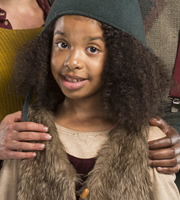 Laura is the child of Tom and Suze. She is having to grow up in a world where the idea of a doll is a skull and chocolate is rather hard to come by. 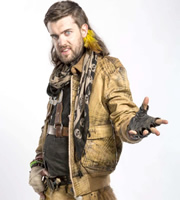 Oscar went to school with Tom and Suze. She and Oscar even went out briefly, much to Tom's disgust.

Oscar's a South London poser-turned-psychopath who will stop at nothing to get Suze back. He speaks in a bizarre patois and went mad a long, long time ago. 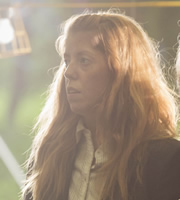 Jennifer used to be the Prime Minister's assistant. Now she holds his chain. 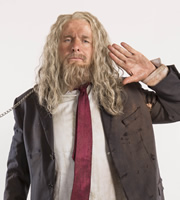 Shortly after the Nuclear bombs dropped the Prime Minister went insane... not a great start to surviving in a post apocalyptic world. 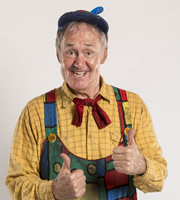 Stevie was one half of a Scouse children's TV double act, the Giggle Twins. But the 80s were a different time and Stevie's 'old fashioned' jokes are now considered offensive even when told in a wasteland littered with the skeletons of people Stevie's eaten. 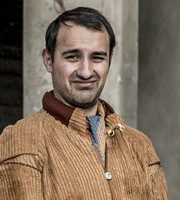 Randal is one of the people in the camp.