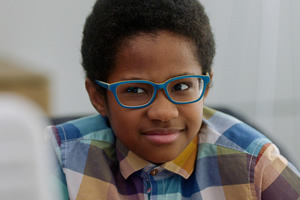 Harry is a child genius and the creator of Honc, which he invented to help geeky boys like him talk to girls. When he's not at school, he's updating the app from the garden shed. His dad is constantly urging him to play outside, to which he responds: "I can look at the great outdoors on my laptop, I've got Street View". He's largely unfazed by his new fortune, yet finds that being rich is an easy way to impress the year nines. 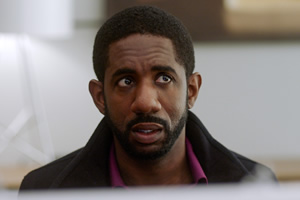 Tony would describe himself as honest, working class and dependable. He battles to keep his family grounded when they become millionaires and is reluctant to spend money, move house or change their lifestyle. He doesn't get social networking and finds it difficult being the father of a genius, particularly as Harry earns more in a week than he does in a year. 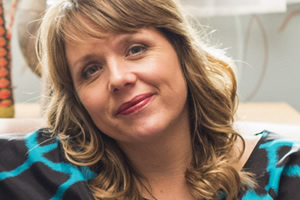 Liz is overjoyed to get her hands on the £10 million and starts spending it even before it reaches their account. While husband Tony is proud of his family's working class status, she considers them middle class, primarily because they have been to Malta. She's less strict than Tony and takes full advantage of being rich - spending, drinking fizz and even getting Trent's entourage to do her chores. 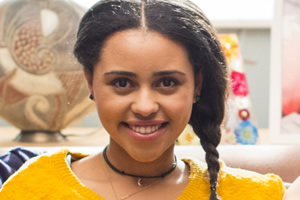 The opposite of her brother, Ellie is popular but not at all smart. She has no common sense, is the queen of daft questions and even at 16 has trouble spelling her name. Like her mother, she is eager to spend the money and have a ball. She's also keen to give to Panda Awareness... although she's not entirely sure what the bears will spend the money on. 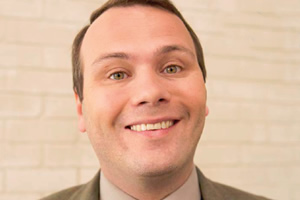 Oliver is Trent's bumbling advisor, charged with helping the Carters adjust to life in the public eye. An upper-class Etonian, Oliver is the only one of Trent's entourage prepared to relocate to Milton Keynes and is consequently staying close to the Carters in "something called a Travel Inn". Trent describes him as "a whizz with the business stuff " but Oliver lacks assertiveness and struggles to control the unruly Carters. 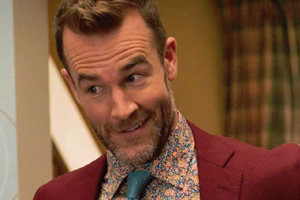 Trent is the larger-than-life tech tycoon who purchases Harry's app. He believes speaking in acronyms will make him live longer and loves nothing more than long, lingering hugs and making money. He's shocked that the Carters don't have a swimming pool and thinks the kids at Harry's school play Quidditch and keep pet owls. He wants to make Harry a star, and Honc a global success.