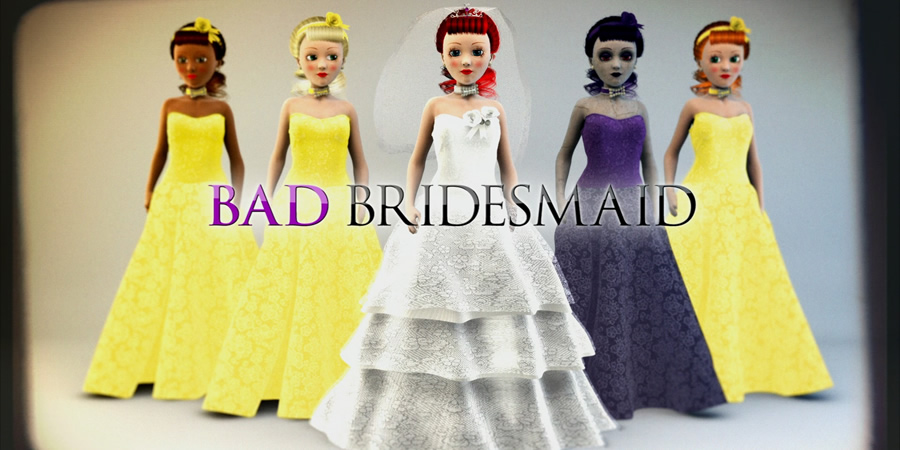 Show in which comedians attempt to disrupt hen weekends. The bride must pretend they are friends with the comedian

Would you help sabotage your very own hen do and rile your beloved bridesmaids by allowing a wild comedy character to cause mischief and mayhem on your hen weekend, all for a luxurious honeymoon?

Hen parties always throw up unexpected guests that no one knows - whether it's your mum's bonkers friend, your fiancé's oddball cousin or that weird work colleague who invites themselves along. ITV2 are tapping into this real world phenomenon to bring you a comedy series that'll change the way you look at hen dos forever.

Six brides-to-be are doing just that when they allow an undercover comedy actress to infiltrate their special weekend and reap havoc. All they have to do is convince their other bridesmaids and closest hens that their friendship with this crazy comedy creation and new addition to the wedding party is genuine.

The outrageous characters, our Bad Bridesmaids, are concocted by a host of fresh comedy talent. Each Bad Bridesmaid is a completely unique creation, specially written and tailor made for each bride-to-be and her hens. They know exactly what buttons to press to ensure sparks fly and hilarity ensues on a weekend they're never likely to forget.

Our Bad Bridesmaids will be making things anything but easy for our brides-to-be as she attempts to put her unique spin on every aspect of the hen weekend - and the upcoming nuptials!

Across four days of fun hen do activities she'll begin to meddle with the bride's plans making ludicrous suggestions to change everything from the wedding speeches to the first dance, the vows to the order of service and of course the bridesmaids dresses are high on her agenda - get ready for an explosive and hilarious rollercoaster ride as drama unfolds and sparks fly!

Can the brides hold their nerve and go along with everything their Bad Bridesmaid throws at them to secure their dream honeymoon as their hen weekend descends into chaos.

Bad Bridesmaid is a funny and emotional comedy-reality hybrid that puts patience, perceptions and friendships to the ultimate test with hilarious and heart-warming consequences.