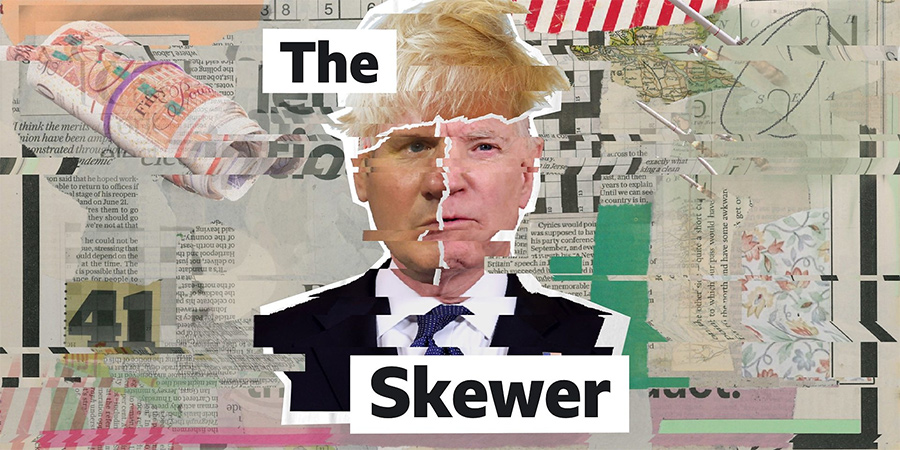 An open-door topical show from the mind of broadcaster, producer and audio-fiddler Jon Holmes of Listen Against and The Now Show - with digital consultancy and audio support from the Technical Director of the relaunched Radiophonic Workshop. It's also a radio comedy access point for a new generation of satirists who don't write sketches, jokes and one liners, but instead channel their talents into playing around with sound.

Sketch-writing has long been the way into radio comedy but, for the new generation of satirists who don't put pen to paper and instead beaver away on laptops using self-taught skills to toy with the news-scape, The Skewer, with it's guerrilla approach to satire, is their new playground - bringing diverse voices together with soundscaping from a gardener, a call-centre worker and a supermarket delivery driver.

The sounds of The Skewer have been designed to be enhanced through headphones, attaching you to a late night drip of current events as they melt into your brain, evoking that feeling of drifting off but with the occasional uncomfortable sleep-twitch, as though you've accidentally stepped off a kerb.

Freeform, dreamlike, curious, scathing, The Skewer is the home of the new news jokers.