Kiri Pritchard-McLean has landed a trio of BBC radio commissions.

The comic has written a sitcom pilot, The Learners, for BBC Radio Wales, about a group of people embarking on a journey to learn Welsh.

Stand-ups Les Dennis, Mick Ferry, Mrs Barbara Nice creator Janice Connolly and Tudur Owen, plus Pritchard-McLean's fellow Gein's Family Giftshop member Kath Hughes, will star in the comedy about a group of mismatched newcomers to the language, who come together on Saturday mornings in the vulnerable world of adult learning. Recording next month, the pilot is set to air in January.

Meanwhile, Pritchard-McLean and Hughes have been given a debut Radio 4 series for their supergroup sketch outfit Tarot, which also comprises Gein's Ed Easton and Goose's Adam Drake.

Growing out of the collective's Suspiciously Cheap new material night in London, Tarot made their Edinburgh Fringe debut last year and appeared as part of Comedy Central's Comedians In Quarantine this summer.

"We're so fucking excited!" said Pritchard-McLean, who writes and directs the group. "I can't wait to write comedy with my best pals and then have to change it all because it's too rude for license fee payers."

The prolific stand-up, who hosts Radio 4 Extra's open submission topical show Newsjack, is also recording a special for Radio 4 based on her second Edinburgh show Appropriate Adult, about her mentoring a vulnerable child. The Guardian called it "an hour in the hands of an increasingly impressive comic, making powerhouse stand-up from the thorniest of subjects."

Pritchard-McLean received this year's Caroline Aherne Bursary from the BBC to develop her writing.

The BBC's controller of comedy commissioning Shane Allen said of the award, which includes £5000 and mentoring: "Just as Caroline embodied the spirit of working-class Northern comedy that she brought to the masses, Kiri represents all that is vibrant and distinctive about the Welsh working-class sense of humour and we will support her to bring that unique voice and talent to national prominence."

She will resume the live tour of her latest stand-up show, Kiri Pritchard-McLean: Empathy Pains, on 23rd January at Cambridge Junction. 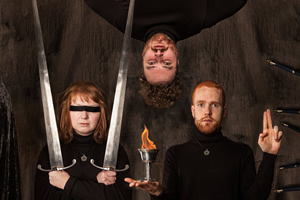 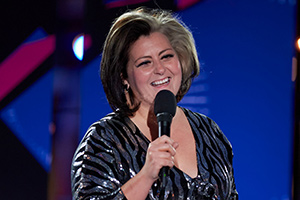