Radio 4 has confirmed a third series of The Missing Hancocks.

The programme involves a modern cast re-creating 'lost' episodes of the classic radio show, recording them to be as close to possible as how they would have sounded when they were first recorded.

So far the station has made 10 of the 20 'lost' episodes. With today's news - which comes on what would have been Tony Hancock's 92nd birthday - taking the total up to 15, a final five look set to be earmarked for a to-be-confirmed fourth series.

Today's news confirms Radio 4 still backs the project. In January, a misleading report from an online comedy news website suggested that the format had been axed, which was not the case.

However, fans will have a long wait to hear the next series. The episodes are not scheduled to be transmitted until either 2017 or 2018. No reason for the long wait has been given, however it has previously been commented that the channel does not have any spare schedule slots left for this Autumn.

The new episodes will once again be overseen by Neil Pearson, the actor and producer who collected up the missing scripts. The episodes were originally written by Ray Galton and Alan Simpson, the duo who received the BAFTA Fellowship award on Sunday.

Sioned Wiliam, Commissioning Editor for Comedy on Radio 4, says: "I am delighted to commission more episodes of The Missing Hancocks, particularly when Neil shared his choice of scripts this time round - I'm very excited by what's in store! But the biggest joy is having the great Galton & Simpson back on Radio 4."

Some of the cast of The Missing Hancocks have also recorded a new TV episode. The New Neighbour episode will be broadcast as part of The Lost Sitcoms, a BBC Four series scheduled as part of the corporation's forthcoming Landmark Sitcom Season. 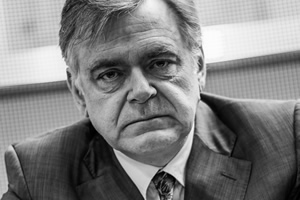