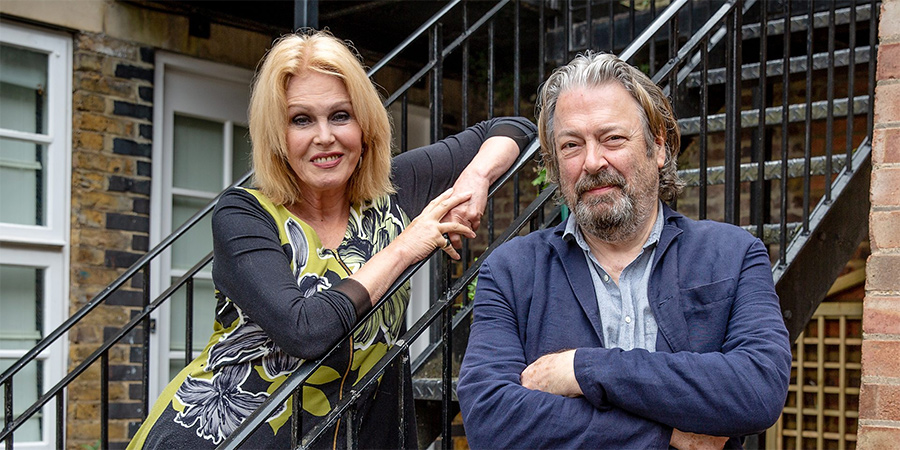 Joanna Lumley and Roger Allam play a couple who have been married for over 40 years. Children of the Sixties, they're still free spirits, drawn together by their passion for music - and each other.

The show follows their conversations that take them from the local café, to their kitchen table, taking in her resentment of new glasses - a symbol of ageing - and fury at being lectured by the dental hygienist. He has a dodgy knee and is on statins, and when they discuss the marriage break-up of their closest friends, Sally and Peter, there's jealousy and talk of affairs. She suggests there are advantages to single beds, separate holidays and wants to go clubbing in Ibiza for her imminent 'big' birthday.

"When I look in the mirror, I want to shout 'OK, I know what it looks like on the outside but inside, I'm still Dancing in the Street, with Martha Reeves and the Vandellas'", she claims, insisting men aren't affected in the same way, until he recounts a poignant encounter, with a woman on a train.

Written for Joanna Lumley by award-winning comedy writer and journalist Jan Etherington, who herself has been married for 33 years. Jan has created and written many long-running radio and television series with her husband Gavin Petrie (Second Thoughts, Next Of Kin, Faith In The Future) and has written sketches for the likes of Radio 4's Ayres On The Air, but this is her first solo-scripted, half hour comedy. She says: "Conversations From A Long Marriage will resonate with couples of any age but especially those who are still dancing in the kitchen, singing in the car and trying to keep the passion alive."