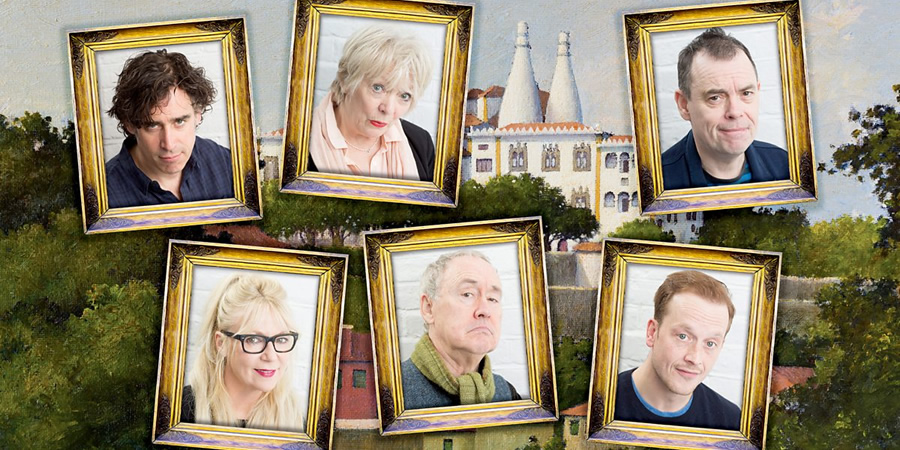 Byron And The Curse Of Sintra

Early in the 1800s, flamboyant Romantic poet Byron (as notorious for his scandalous aristocratic excesses as for his work) fled to Portugal from jealous Venetian husbands.

On discovering that the Portuguese Royal family summers in Sintra, he holes up in a ramshackle guesthouse there and angles for an invitation to Court. He manages this by cultivating the friendship of young Lord Squeaky and his buxom but irritating sister Melinda, but becomes involved in a fight with Squeaky for the affections of the Infanta Elsanta. Both men hatch intricate plots for seduction and elopement, but things don't go according to plan. Double-crossing, imprisonment, escape and downright treachery ensue, with a despairing Byron set to lose much more than he gains.

Sue Limb, the writer of Radio 4's Gloomsbury, says: "Byron wasn't just a Romantic poet, he was the first international celebrity, the rock star of his age. And unlike the other Romantic poets he had not only huge charisma but a rumbustious sense of humour. We know he went to Sintra and I've imagined an adventure for him there. It's a thrill to have such a starry cast. They brought Byron and his circle to life and invented funny moments where I didn't realise there were any."

Stephen Mangan plays the title role with Alison Steadman as both Byron's ex-wife and the conversationally-challenged Portuguese Queen; Kevin Eldon as Byron's long-suffering valet Collins; Morwenna Banks as a comely Portuguese Infanta and a lovelorn British aristocrat; Nigel Planer as the highly hirsute King of Portugal and a torture-loving Chief of Police; and Jolyon Coy as naïve British blueblood Lord Squeaky and aggressive Portuguese guard Jose.