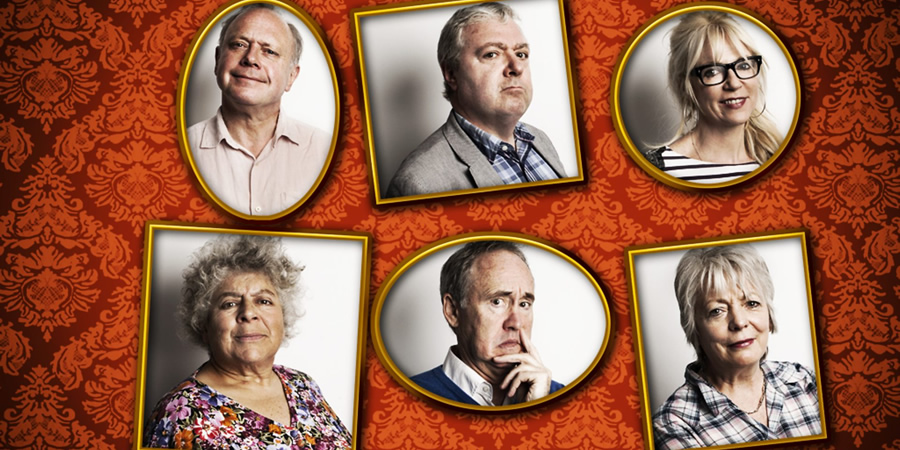 Gloomsbury is an affectionate radio parody of the Bloomsbury group, whose arty and adulterous adventures dominated the cultural scene in the early 20th century.

The series follows the fortunes of Vera Sackcloth-Vest, writer, gardener and transvestite, and her compulsive urge to escape from the tranquillity of her rather cramped little castle in Kent which she shares with her doting but ambiguous husband Henry who is 'something in the Foreign Office'.

Vera's heart is forever surging with exotic passion for Ginny Fox, a highly-strung novelist who adores her, or Venus Traduces, a naughty demi-mondaine. The Sapphic elopements of these privileged women reveal their inability to undertake the most basic domestic tasks. Even the act of boiling a kettle can stump Vera and Ginny for hours.

But the women are fascinated to discover that one of their neighbours in Cornwall is the saucy novelist DH Lollipop a refugee from the Nottingham coalfields. As the scene shifts from Kent to London, and Cornwall to Monaco, this close-knit coterie is divided by misunderstandings, jealousies and rows.

Glimpses of the group's literary endeavours are interspersed with the devoted letters which whiz between Vera and Henry. Whether Henry is in the Balkans or simply in the distant drawing room, a separation of a mere fifty yards is sometimes just too much to bear.

"This cast is a dream," says writer Sue Limb. "If you have good actors they will make the script 100% better. If you have bad actors they can ruin even a good script. The script doesn't live until it comes off the page and this cast can find humour and comedy in situations where even I didn't realise there was any!"

Producer Jamie Rix says: "I happen to be married to the executor of Katherine Mansfield's literary estate because my wife is the granddaughter of John Middleton Murry, but never did I ever expect to meet the Bloomsbury Group in the flesh. And of course I never will, but this is the next best thing. Thanks to the brilliant wit of Sue Limb they are brought to life in three hours of outrageous bohemianism!"