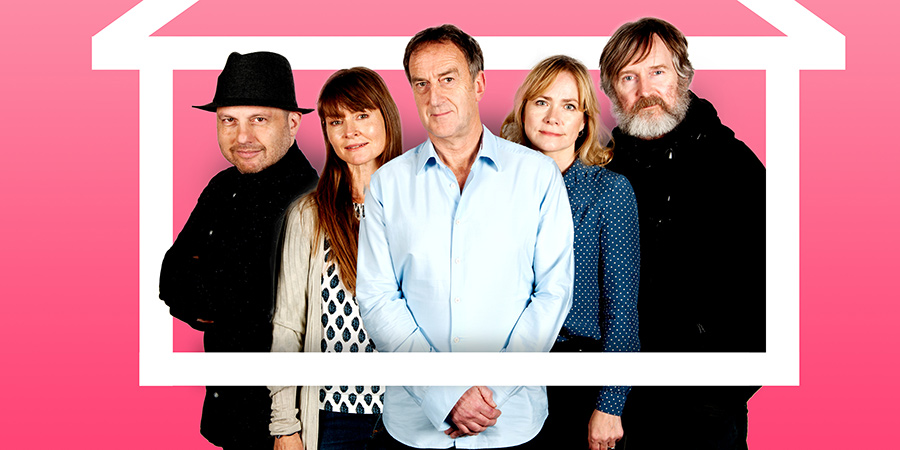 It must be good to be back for a third series of Alone?

Angus: I've always said radio is so much more fun to do than TV or theatre. It's more immediate, you don't have to bother with make-up or ill fitting wigs, or lights, or weather! And this series is so well written, you don't even have to spend time working out how to make it funny. Everything's there on the page.

Abigail: Yes, Moray is a brilliant writer and it's always exciting to work on his scripts.

Kate: Working with this group in lockdown, are you kidding? It was heaven! We all appreciated it (I think). Although the amount of sanitising and face covering became a performance of its own.

Pearce: Yes, it's great. We all love making the show and I think that feeling of "family" comes across when you listen.

Bennett: It's fantastic! It's not only my favourite acting job but also the most fun I've had performing - which includes performing my first ever solo show to two people at the Edinburgh Festival.

This series sounds a bit different... there was no studio audience. Did performing without the feedback of laughs take a bit of getting used to?

Bennett: It did take a bit of getting used to, but then again I've done gigs with a worse response...

Kate: I was very apprehensive - I really like the live experience of a crowd, and worried it would be flat without them. Then I discovered the studio allowed for more flexibility - both more intimate and more expressive. Ultimately, I loved it and hope the audience feel the same.

Abigail: Without an audience we could have a few more goes than a studio audience could bear, but I did worry that we were going to miss the atmosphere. I think we were able to concentrate more on the characters and relationships in the studio and I loved that... And when Moray left his feedback line open, we still had the laughs too!

Angus: It's a very different discipline performing with and without an audience. Without, you can be much more precise, hit every stress, fine tune every phrase. You probably lack the energy of acting in front of a live audience, but that can sometimes lead to overplaying it, giving a more pantomime performance. Some of the best comedies in recent years have been without audience tracks: The Office, The Thick Of It, Curb Your Enthusiasm.

Pearce: It takes the pressure off in a way and allows you to be a bit subtler. I think it works just as well without a live audience, better in some ways in fact. But I'm a show off and I did miss standing in front of an audience, I must admit.

How was it generally, recording the series? We've seen a picture where you were all socially distanced within the studio. 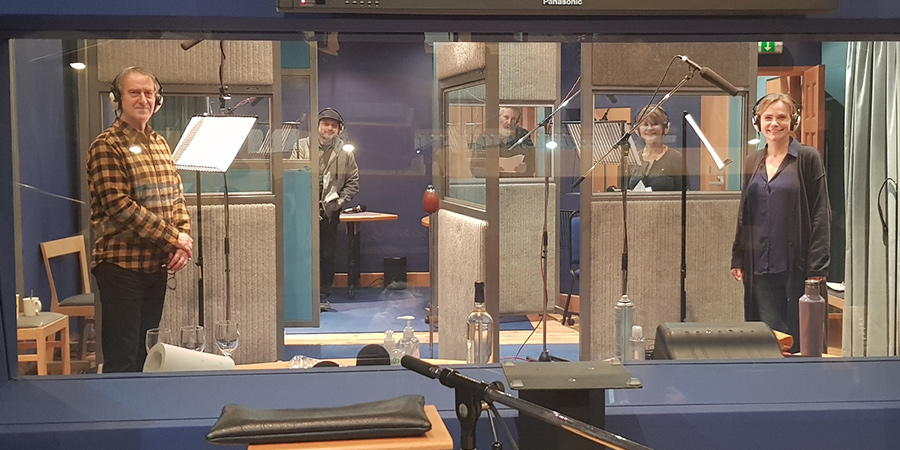 Pearce: To be honest it was just like making any other studio based radio show but with added masks and hand sanitiser. And of course having to resist the inherent urge all actors have, to hug everyone.

Kate: I was very pleased to be physically distanced from most members - Pearce actually had to be contained in a pen of his own, and Bennett was put in the hinterland, thankfully. The downside meant none of the items I threw at them hit their target.

Abigail: I was just so happy to be in a studio again with such a lovely bunch of talented people. It was actually a very relaxed way of working, once you got used to the masks and hand gel before opening every door. Great company and a lot of laughs.

Bennett: It was fine. Good fun actually. It became a routine; clean hands, put on mask, enter studio, take off mask, speak, then repeat. Although they weren't so keen on my constant repeating.

Angus: It takes a bit of time getting used to remembering your face mask, sitting socially distanced, washing your hands every 5 minutes, but it's no different to any other workplace. It meant in the studio I couldn't actually see half the cast. In fact we could have probably recorded it from our homes. Maybe next series? We can all do it from the safety of our own sofas.

If you had to pick four famous people to live with in a converted house, who would you pick, and why them?

Bennett: Olivia Newton-John - because I am still in love with her; Anthony Hopkins - because we are from the same town and he grew up with my dad and I think he'd be great company; Jesus - I have SO many questions!; Piers Morgan - so that we could all ignore him. He'd sort of be the equivalent to my character Morris.

Angus: Goodness. You'd have to know you were going to get on with them. So.... Mariella Frostrup, as I've spent 10 days cooped up in a car with her for The World's Most Dangerous Roads series and we didn't murder each other, so she's in. Then Alan Davies as I'd need someone to talk football to and indeed watch with, so he's in. Annabel Croft, as tennis is my other passion and she's great. And finally Lauren Laverne. I don't really know her but she keeps me entertained every morning on Radio 6 and everyone loves a Geordie (I know she's from South Shields so technically a Sanddancer.)

Pearce: The leaders of the Labour, Conservative, Liberal and Green parties. Imagine the comings and going's in that gaff. 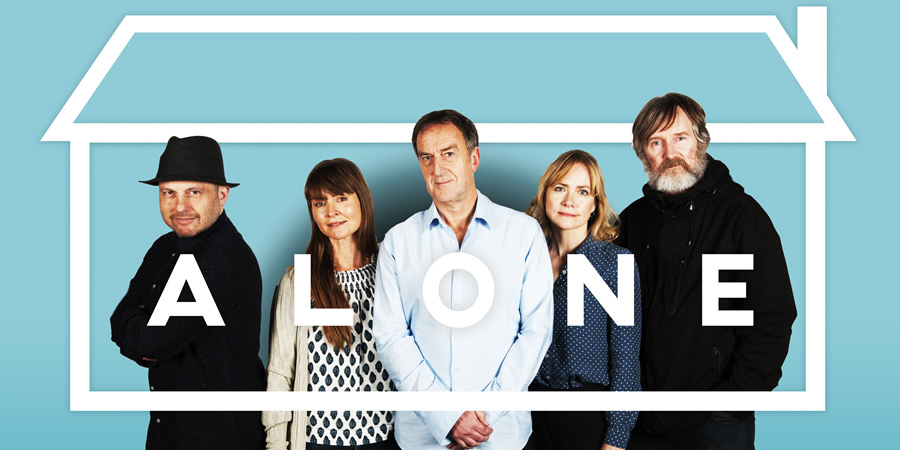 Kate: I would actually be very happy with the cast members! Otherwise: Debbie Harry - just. so. hot, epitome of cool and the stories.... Soren Kierkegaard - so lovely; make us want to be better people. Jacques Derrida - fascinating, delightful, witty; conversation would always be scintillating. Sylvie Guillem [ballet dancer]. Stormzy - for his magnificent music and breadth of mind; for his come back to Wiley; for his second name; wouldn't be boring. Georgia O'Keeffe [artist] - what a girl; study of how to do your thing; would have to get my act together. Sharon Horgan - so funny; so irreverent; so unfinished; so gorgeous = girl crush. His Holiness the XIV Dalai Lama - he would be the glue that brought all and anyone together, and laughing joyously at unexpected moments = invaluable. Yes, I have ignored the rule of 4!

What's your favourite plot from the new set of episodes?

Kate: All of Louisa's, Ellie throwing herself in bins, and Morris and his imaginary hamster.

Abigail: I don't think I can pick a favourite, and don't want to give anything away. I loved the arc over all the episodes. Having said that, I loved the roof top nude scene.

Angus: There's a very funny episode when Morris decides to sunbathe naked. I won't say anymore to avoid spoilers, but believe me, you'll be glad it's radio.

Bennett: The one where Morris has a possible girlfriend!!!

Pearce: I'm a big fan of Jocelyn Jee Esien so I really loved her storyline in this new series. She and Bennett are wonderfully funny together.