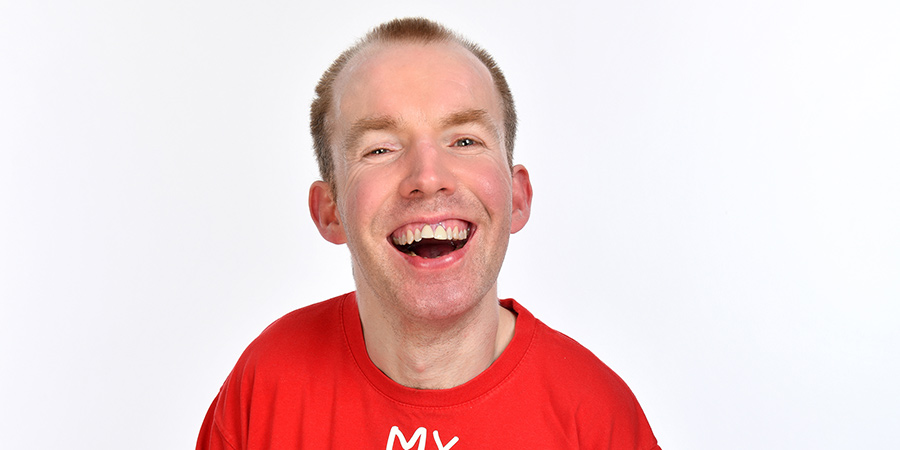 How do you make a sitcom in a pandemic?

How do you make a sitcom in a pandemic when you, the star, are shielding? Another member of the established cast has the virus and others are elsewhere, working on other jobs? And your new romantic storyline can't possibly happen in a world where nobody is allowed out dating?

That was the immense challenge facing Lost Voice Guy, aka Lee Ridley, as he prepared to record the third series of his loosely autobiographical comedy Ability, returning to Radio 4 next week.

After reluctantly pushing back his Cerebral LOL-sy stand-up tour to next year, the frustrated comic admits that he's really struggled with lockdown at home in Newcastle. With a certain amount of gallows humour, the former Britain's Got Talent winner is "dying to get out there and perform again.

"My creativity has really suffered during lockdown, to be honest" ventures the comic, who has cerebral palsy and uses a voice synthesiser to communicate, a trait shared by his character Matt in Ability, as he strives to be more independent but also "less of a dick" too.

"It's pretty hard to get inspired when you're stuck inside all day. That's why I enjoyed recording Series 3 of Ability so much. It gave me my creative spark back, and I loved having fun with it again. Hopefully it'll spur me on to be more creative this year."

As producer-director Jane Berthoud admits though, the logistical demands of recording during an unprecedented health crisis were "like trying to stick jelly to a wall. 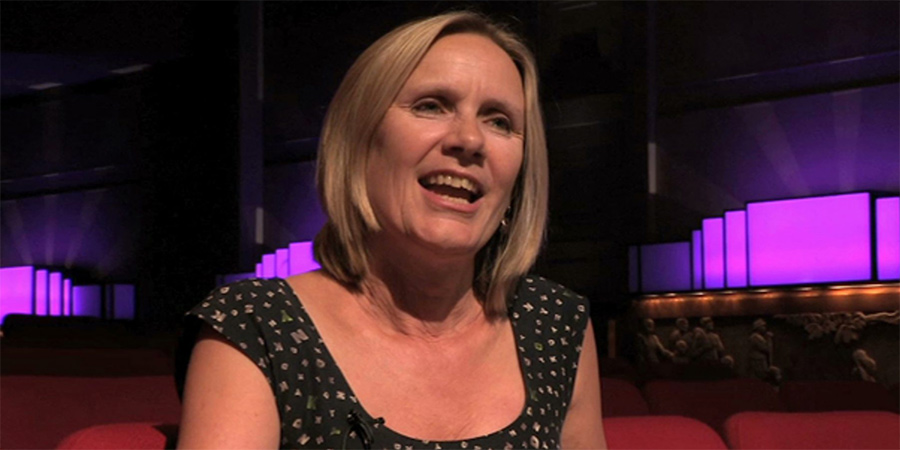 "It felt impossible" she recalls. Although the BBC would have been content to wait until the summer, "Radio 4 were keen to have delivery. If we could do it without putting anybody's life at risk, obviously."

Recording was booked for November at GuiltFree Studios in London, where they had made the first two series, "with the same studio manager - it's tried and tested and we really like it."

But with England re-entering lockdown and former EastEnders actor Lisa Hammond, who is a wheelchair user, joining the cast as Matt's stormily on-off new girlfriend, Anna, "it meant we had some vulnerable people in the cast". So they postponed till last month. But the situation "didn't get better, it got worse. Because Covid got worse."

And so Berthoud, a former head of BBC Radio Comedy, resolved that they would put the series together remotely, retaining GuiltFree for the edit but also engaging Spiritland Productions to deliver a hybrid production, with some actors still going into the studio - "because they felt they would be too disturbed by their kids, who were homeschooling and needed the broadband!" - while others stayed in their houses, getting couriered the requisite quality microphones, headphones and technical kit.

"Lee was in Newcastle, Sammy Dobson who plays Jess was near Newcastle, by the sea. And the rest of us were scattered around various bits of London, with the production co-ordinator in Cornwall."

Working on Zoom had obvious limitations - "you get that thing where you can't talk over one another and the sound quality isn't great" - so they arrived at a makeshift solution of using it alongside multitrack programme Cleanfeed, which was not without its problems. "We did the read in the morning on Zoom first thing and then we switched to Cleanfeed for the record, at which point we couldn't see one another" Berthoud sighs.

"We couldn't bounce off each others' energy as much when we recording" Ridley laments. "And because all of the cast get on really well, I missed chatting to them over lunch. But it was still nice to see them through a screen. And at least I didn't have to get dressed!"

Discretion was compromised in other ways too. "It was weird that I couldn't quietly go into the studio, chat to an individual actor and give them notes, explain what I wanted from their performance" Berthoud recalls. "All you can do is talk to everybody and everybody hears it. It's not ideal that I'm not in the same room as the writers and my production co-ordinator, that we had to converse on a little WhatsApp group.

"Obviously, you don't always want the actors to hear: 'Oh, that was a bit shit wasn't it? Shall we try it again?'

"It was tricky. Sammy brought a mattress into the room she was working in to dull the sound. At one point during lunchtime, she fell asleep, the mattress fell on top of her and she woke up not knowing where she was, trying to remember what was going on."

Meanwhile, Andrew Hayden-Smith, who plays Matt's inner voice, had intended to go into the studio but contracted Covid and was still suffering its effects. 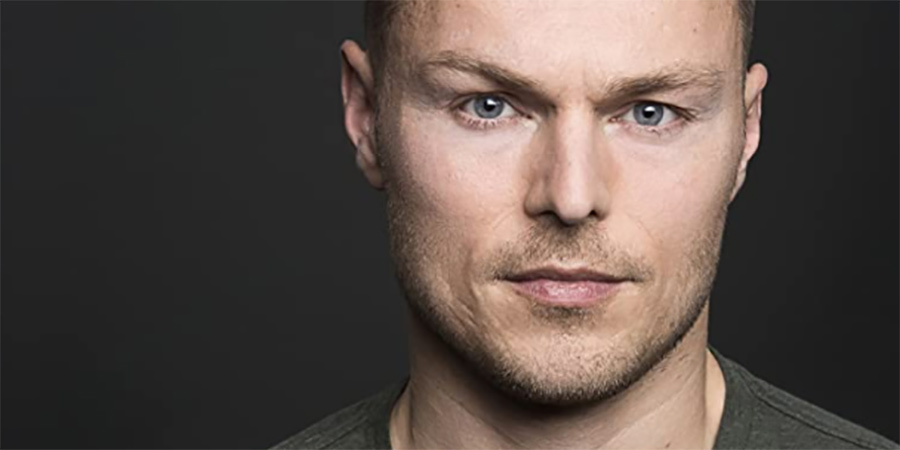 "I did keep checking that we weren't making him worse" Berthoud explains. "He was recovering. But having to record in a smallish flat while his partner was also working from home, in the kitchen rather the living room because you could hear wild parakeets outside apparently. Occasionally you'd hear his partner come in to make a cup of tea. Real life interrupted us. Every now and again, somebody would get vegetables delivered, wine delivered, all kinds of packages.

"Still, it was fun in its own way, we made it work. And we needed to do it because it had been quite a while since the last series [in 2019]. So I'm glad we did it. I'm not sure if people will notice any difference. I really hope they won't. It sounds pretty good to me. But I truly hope we don't have to do it like that again."

She anecdotally references another show which has undergone a radical re-write because of coronavirus, with characters made younger so as not to endanger older actors. And while there was nothing quite so dramatic for Ability's third series, Jason Lewis only took over the role of Bob the carer from Allan Mustafa at the last minute.

"I've always wanted to work with Jason" Berthoud remarks of the Murder In Successville actor, who she'd previously sought to cast in a project with his erstwhile comedy partner Daniel Kaluuya. "He'd always been in the mix for it but I'd cast someone else with a bigger profile. Unfortunately, everyone's schedules in film, in television at the moment, everything is stop-start and that has a knock-on effect for other shows. If someone gets Covid on a set, everything has to be put back for two weeks. That's what happened to us and our original actor could no longer join us."

Katherine Jakeways meanwhile, who had written the first two series with Ridley, was also too busy with other projects, of which more presently. So Berthoud recruited writing partnership and real-life couple Kat Butterfield and Daniel Audritt to the team, having met Butterfield through former ITV head of comedy Saskia Schuster's Comedy 50:50 initiative to achieve gender parity in broadcasting. 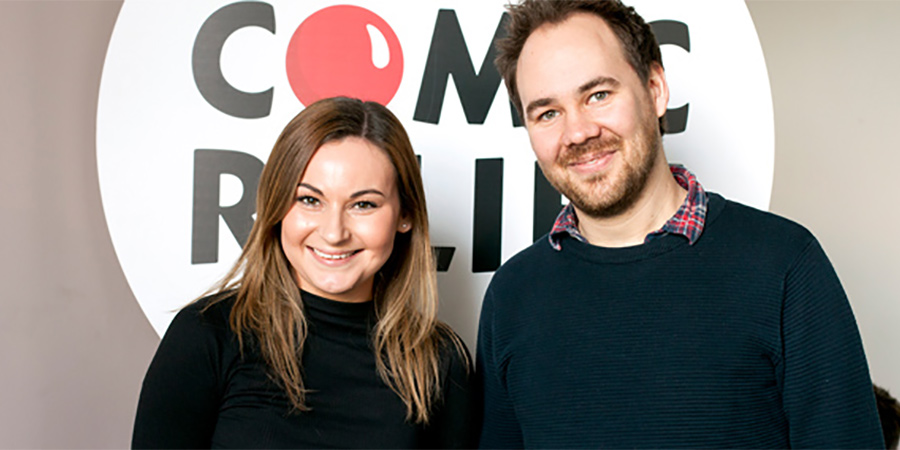 Audritt maintains "that 50:50's been the best thing for his career" she notes with irony. "But I'd been looking around and read a lot of scripts" while scouting for replacement talent. "And I'm really pleased with what they've done, because my God, there are some bad scripts out there."

Regrettably, they started their working relationship remotely but Berthoud found the experience less disruptive than she might have imagined.

"We never sat in a room together the whole time we were doing it" she marvels. "We had all of our script meetings on Zoom and it worked. You don't have to travel to meetings. And people were much more relaxed and easygoing."

Lewis proved "a great addition to the cast" agrees Ridley. "Once we got to work, it was like nothing had changed. And having Daniel and Kat on board gave the series a fresh pair of eyes, so it was interesting talking about it from their point of view.

"My experiences are informing the series less and less these days. That's partly because Matt is developing into his own character and partly because of the other writers I've worked with who have helped make him pretty unique.

"I've never really seen Matt as being myself. We have the same disability but that's where the similarities end. Sadly, I've never used my disability to see drugs or set up a robot sex line. Although I might have to consider it if this lockdown lasts much longer." 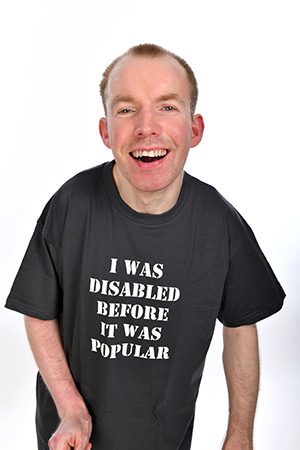 Storyline-wise, and after some debate, the decision was ultimately made that "Ability will be a Covid-free zone" he explains. "Most people are sick of hearing about the virus."

The writers had begun drafting the first episode, Robot Hitler - in which Matt's dad loses his voice and also needs an iPad to speak for him, which "unfortunately doesn't work quite as well as Matt's" - with Berthoud thinking "that we should probably be in a post-Covid world, where it had already happened."

Matt's new relationship with Anna would have been "impossible" otherwise. "He couldn't go to a bar and meet a girl. He could have carried on with Bob his carer, but it would have been very limited. Our lives are quite boring at the moment aren't they? Do people want to hear that on their radio? And when we started writing, we just didn't know how long [the pandemic] will go on for. It could really date it."

Happily, they're still planning to make more episodes of the sitcom after the current run ends this month. And Ridley is busy writing an adaptation for a television pilot with his original co-writer Jakeways.

"I'd love to see Ability on television" he enthuses. "I think it'd work even better with the added visual aspect.
A co-production between Berthoud's Funny Bones production company, BBC Studios and Various Artists Ltd, the adaptation will draw on the existing radio scripts but not be bound by attempting to remake them.

"The setting is very similar" the producer explains. "We won't simply rehash episodes and storylines. But at the same time, there is a strong body of work already there that we can call on as and when it comes up. The pilot script is a new story, a brand new episode. But bits in it are definitely fed from the bank of what we've already got."

Adapting an existing Radio 4 property with BBC Studios might seem to indicate that the pilot is being developed for the BBC. But Berthoud says only that "I'd better not comment. Possibly."

Irrespective of whether Ability makes the transition to the small screen however, Ridley feels "very lucky to have been given three series because it's allowed us to tell the story of Matt, Bob and Jess as we would like to tell it... Even when we started writing the first series, we knew that Matt had a good story to tell and that it'd probably take more than four episodes to tell it.

"We've been able to explore some very important issues surrounding disabled people, such as Personal Independence Payment assessments and the difficulties of inclusion into society. Although we do it in a light-hearted way, I've always thought it helped to highlight such issues."

Lee Ridley's memoir, I'm Only In It For The Parking: Life and laughter from the priority seats, is available now.