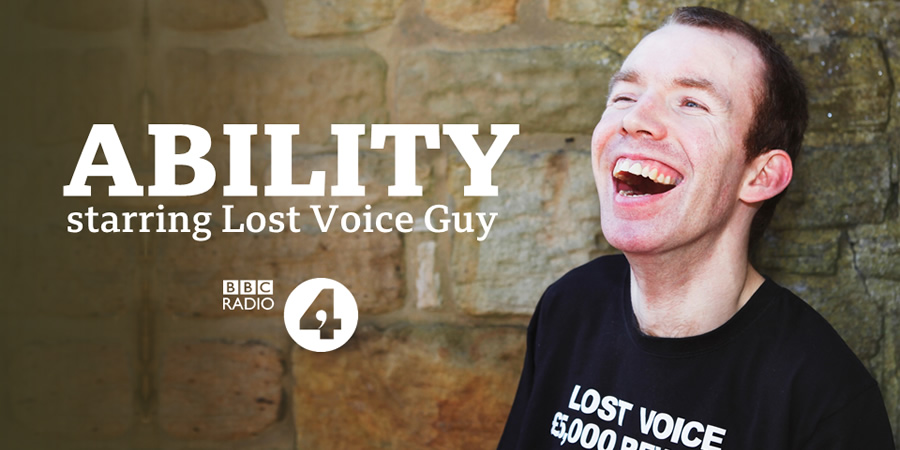 What happens when someone with cerebral palsy moves out from his parent's home and into his best friend's flat?

Lost Voice Guy has cerebral palsy and can only speak via a computer. Ability uses Lee's experiences of coping with this disability and weaves them into a sitcom.

Matt is leaving home for the first time to move in with Jess, his best friend from school. Matt's parents are worried; they have always done everything for him. But Matt is determined to find his independence - though his new carer, Bob, isn't quite what he expected.

Bob is new to caring, and although willing, he somehow manages to spend more time dealing weed and flogging knock-off TVs than cooking Matt's tea. But unlike some of Matt's previous carers, Bob treats Matt like an equal and the two form a bond.

However, it's a bond that could lead Matt into an awful lot of trouble - especially as Matt has never been above exploiting his circumstances if the situation arises. He's always known he could get away with murder (though he's never actually tried) because... well, who would suspect the disabled guy?

Could Matt and Bob become the new Del boy and Rodney? And if so, which is which?