Richard Herring teams up with an 128 year old, 'handsy', ventriloquist doll made by his great-grandad to review the day's newspapers in an attempt to put to rest the ghosts of old and failed double acts he's been in. It's a format that I am sure you've seen before, but hopefully we can give it a fresh spin. Unprepared and unrehearsed, Ally and Herring have no idea what the other one is about to say and as long as the offensive stuff is said by the dummy then no one can touch us. But which one's the dummy?

Episode 5: Whory Horse. Rich is still on holiday really, but so desperate to show the BBC of his versatility that he's made this taster tape of his various skills for them. We get more comedic observations from Marmite Lid and a buzzing Frankingstein-style reanimation and three more characters are added to the roster, but it's when Rich tries to do his serious news review that things get taken off track. Ally and Herring are back together to discuss Prince Andrew's perverse use of puppets, Boris Johnson's amazing strength, what rich people spend their money on, how to control Herring gulls and the dangers of using John Cleese as a measure of distance. It goes on for an hour. I am very sorry.

You can give us free money if you are with Amazon Prime - here's how.
Check out twitch.tv/rkherring for all sorts of free and live "entertainment". 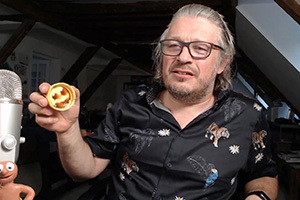 Episode 4: Decapitated Morph. Rich is riding high on his newly announced TV success, but will his hubris and champagne drinking bring him crashing down. And what will interrupt him... 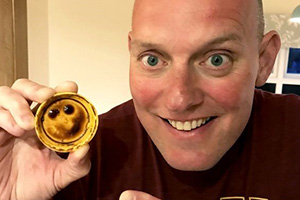 Richard is nearly back in the big time and he's using this podcast as his audition and wearing a shirt so he will be taken seriously. But his little friends... 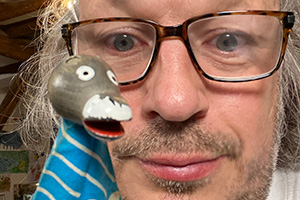 Episode 2 - Nobody Likes a Same Phrase

Richard brings in a brand new puppet to try and mix things up, but it may be too early to try and save a franchise with an unpopular character that... 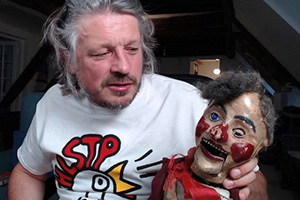 Richard tries to do a sensible news review, but his plans are scuppered when his 128 year-old puppet wants to get involved. They discuss the innocuous things on Johnny Depp's...

You can watch this live every Thursday night at 8pm on Twitch - or continue to enjoy ventriloquism, as God intended, in audio only. If you're with Amazon Prime give us free money to make more podcasts with by linking your Twitch and Prime accounts and subscribing every week - Here's how it works