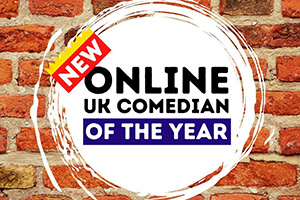 The line-up has been selected for the inaugural New Online UK Comedian Of The Year competition. The heats will take place online from Sunday 26th July.

Given the restrictions on gathering indoors, almost every comedy gig in these times has an unusual twist: it's a drive-in, or in a stately home... or in this case on a pontoon floating in the Thames with most of the audience on punts. 'The most Oxford thing ever,' host Harry Househam of the local Jericho Comedy Club called it.

Nine out of the eleven finalists for the first ever Komedia New Comedy Award have been revealed. The two remaining finalists will be chosen by wild card voting which is now live.