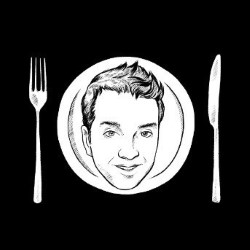 A man eats a meal on stage. This is the greatest cultural event of the year. For one lunchtime only, a man called Dan will eat a three-course meal live on stage in a 750 seat theatre. Such a feat has never been attempted before. Surrounded by a team of Fringe favourites and encouraged by super special guests, Dan will masticate furiously before us all. But will he complete his meal? Will anyone attempt to throw him off his stride? Who will win in the battle of Dan vs Food? Charity event in aid of FareShare.