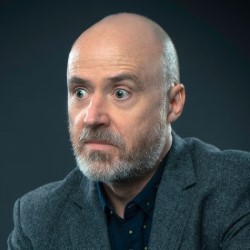 27: Just The Tonic at The Grassmarket Centre
Room: The Little Kirk

Expat Aussie Nick Elleray has been described as 'an under-appreciated purveyor of quality downbeat comedy' (Chortle.co.uk). This is your chance to help remove 'under' from that description. Come join Nick as he digs deep into intimacy, masculinity, family and stoned cats. 'An engaging stand-up with an inventive mind' (List). 'Definitely an act that left the audience wanting more' (Bruce Dessau). Winner of Old Comedian of the Year 2017. As heard on BBC Radio 2 and BBC Radio 4 Extra.