We met up with Stephen Buchanan the morning after he'd won the BBC New Comedy Award competition. Despite having only had time for 4 hours sleep, Stephen was engaging to chat to, and just as charming and likeable as he had showcased on stage the night before.

Thanks very much. I've still not had a chance to sit down and think about it, to be honest. Straight away we were out celebrating, so, yeah I've still not processed it yet. But it feels cool. It feels really, really good.

As the listeners on Radio 4 will have heard, your mum and auntie were in the audience celebrating your win. What did they say to you when you got off stage?

I couldn't tell through her screams and stuff. She just hugged me. I think she was quite speechless as well.

They came out with us to the after-party, but had to go back to Glasgow, so they got the last train home.

Did you sense any envy at the after party, from other comedians?

No, it was all genuinely happy. Everyone in the semi-final and the final that I'd come through with were all amazing. It truly felt like we were friends by the end of it. It may sound a bit clichéd, but they're a really nice bunch of people. They were all really happy for me. 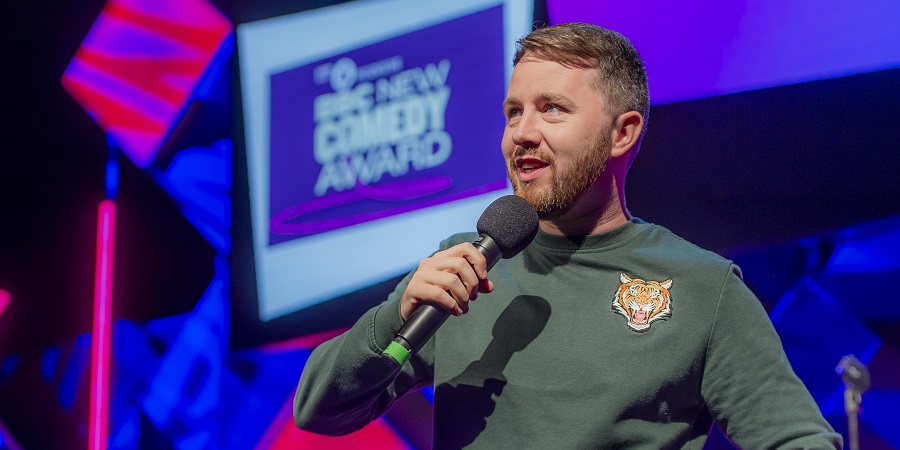 In your set you talked about how your family had taken in a refugee. Is he aware that he's the subject of one of your routines?

When did you start comedy?

So, I'd done a couple of gigs, and I felt like it wasn't for me for a while.

I started regularly doing it in 2014 though. That's when I started really going for it.

I've always been interested in comedy. I've been watching it from a young age. Peter Kay was probably the first comedian I ever watched. Live at Bolton. I had all these DVDs and stuff. And then, as time went on, Kevin Bridges and Billy Connolly and stuff.

So, yeah, I started regularly going in about 2014 and, since I've started doing that, I've not looked back.

You mention you felt stand-up wasn't for you at first? What changed?

Yeah. I tried a couple of gigs and it just felt like I wasn't... your first few gigs are pretty tough, and I didn't know if I had the heart for it.

But then, once you've tried it, you get the bug for it, and I kept thinking, "Oh, I should try it again." And once I went back, it was good.

So you're here in Edinburgh with a solo show too... What does the title Purpleberry mean?

I was listening to a rap song when I was filling out the [Fringe programme entry] form, and they were talking about Purple Berry Kush, which is a strand of marijuana. I don't smoke marijuana, but I couldn't think of a name so I thought, "I'll put that, just now, as a placeholder." And I never ended up changing it!

Is that name attracting a certain type of audience to your show?

Stoners? Fortunately there's not been any stoners in. I'd hate to disappoint them. I think a stoner came up to me and I was flyering, and he asked for a flyer. He might have used part of it as a filter for his joint!

A few people have already come off the back of the semi-final, which has been quite nice. It's cool to realise that people are starting to know of me because they've heard my stuff. But it will change even more now that I've won the award, I think.

Have you been honing your set over the Fringe?

Well, that was the plan, and then once you get into the room, you kind of fall back on your old tried and tested stuff.

The plan was to come here and just try out different things and leave with a stronger back catalogue of material. Yeah, I'm gonna start trying some more stuff now, hopefully.

So, back to the BBC award. Any thoughts on what you're going to spend the money on? Maybe you've already spent it all at the bar last night!

Fortunately, people were buying me drinks all night, so I never got a chance to actually spend any of it. My mates kept buying me pints, so I'll probably have to pay them back at some point!

I don't know what I'm going spend it on. Me and my girlfriend are going to New York in November, so probably a large chunk of it will be spent there. 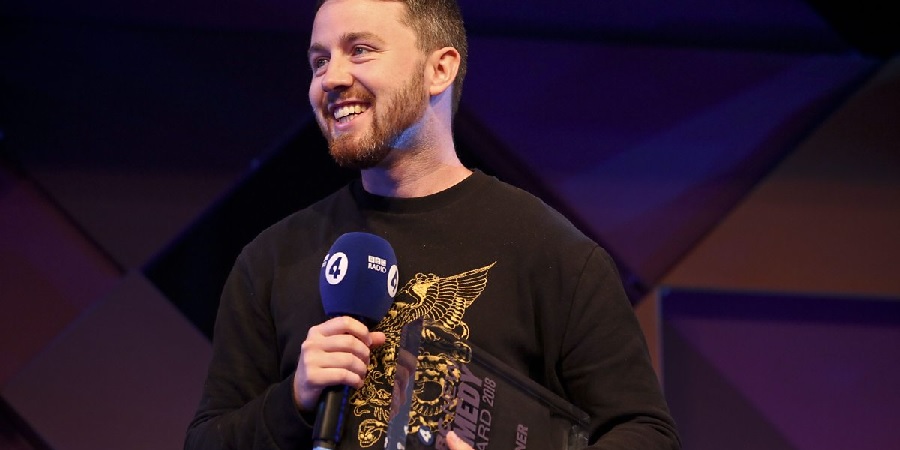 The win also means you get a 15 minute script commission with BBC Studios. Have you got any ideas in mind?

I do, yeah. I've always wanted to write a sitcom, so I've got an idea for what I would write about.

I don't want to say too much about it because obviously things might change, but I have got an idea of what I would want to write about.

Have you written anything before?

Well, I've done things for Short Stuff, for BBC Scotland. It's like online sketches and clips. So I have had to submit scripts for that. But nothing as long as what the script commission will be...

Growing up, Friends was the big one I watched regularly. Just now, we've been getting into Arrested Development. My probably all-time favourites are The Office and Extras; Ricky Gervais-type things.

Are you starting to think career plans yet?

I've had a couple of agents come up to me last night at the after-party. I've not had a chance to sit down and think through my options yet.

Hopefully I'll do my debut hour next year at the Fringe. I'm doing 45 just now, so that's the kind of direction I want to go. Have a full hour next year.

And yeah, there's the [BBC script] commission, obviously, as well. That's probably my big focus in the near future.