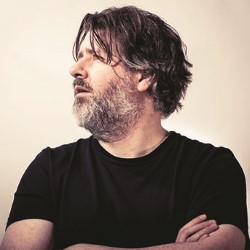 101: Finnegan's Wake
Room: The Back Room

I'm just a comedian, standing in front of literally anything, asking it to love me. How being needy and anxious made me famous for a day. As seen on the BBC's Soft Border Patrol. 'An absolutely engaging performer. The woman next to me nearly dislocated something, so much was she laughing. Can't say fairer than that' (Scotsman). 'Talbot may call himself "shite at being Irish" but when it comes to putting together a good show, well, he's great at that' (BroadwayBaby.com).