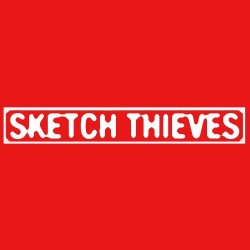 Sketch show starring Will Mars performed on the following days in August 2017...

A simple but intriguing premise. Each day, four acts perform a short set of sketches, then during the second half they are randomly paired up and tasked with re-performing what they just saw the others do. There are no points for accuracy, or any points at all. There is, however, a tendency for the groups to make the most of the opportunity to roast their rivals - sometimes preemptively, sometimes out of revenge. Delightfully unpredictable fun!