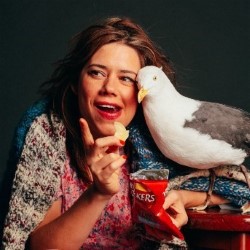 People tend to like comedy and this show will have some of that for sure. A big show for a nice audience. She really brings a can do attitude to the whole thing. 'Refreshingly different stand up' **** (Fest). Credits include As Yet Untitled, Russell Howard and Stewart Lee. Recommended in Elle, The Guardian and Vogue. No criminal offences to date, fully CRB checked. 'Sanders nails it' **** (Time Out). 'Very, very funny' **** (Chortle.co.uk).