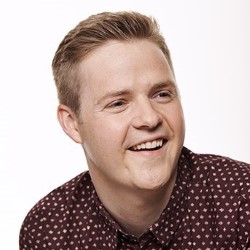 Winner: Best Newcomer, Melbourne Comedy Festival. Tom is a star of Australian TV and radio, sells out shows across the country and has supported the likes of Stephen Merchant and Wil Anderson. This is a blistering hour of stand-up about love, sex, loneliness and finding the courage to be one's self from one of Australia's finest young comedians. 'Please go see Tom Ballard; I think he is amazing' (David O'Doherty). 'One of the most fearless and original voices in Australian comedy' (Wil Anderson). 'Funny as hell' ***** (Time Out), Sydney).