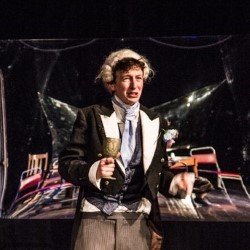 Set in a public school on the night of the 1979 general election, the self-styled Roaring Boys ape the manners of the eighteenth century: as they wait for victory they rehearse the Thatcherite era... Premiered at the 1994 Fringe, the play went on to win a coveted place at the National Theatre's Cottesloe Theatre showcase of the launch of the connections programme.