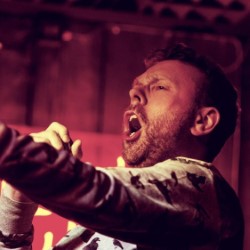 What's the bloody point of anything ever? I don't know. What you asking me for? Anyway, that's my new show. Starts at noon. Bloody noon! Christ. Michael Legge, as seen on The Alternative Comedy Experience, returns with his new show about meeting people and why it's always awful. Want to meet your heroes? Yes? Considered whether they want to meet you? No? This is the tale about how Michael's heroes made the mistake of meeting him. 'Beautifully crafted fury' (Scotsman). '...vitriolic observational stand-up at its finest' (Chortle.co.uk).