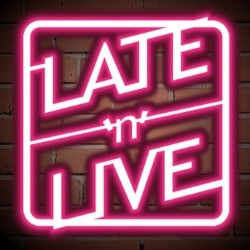 The original and very best late night comedy show presents its 29th year of unadulterated comedy mayhem! Expect the unexpected from the very best comedians on the Fringe! Comperes will include Patrick Monahan, John Hastings and many other top names. After all the comedy, enjoy live music and dance the night away with our fabulous house bands! 'Still the best late night show on the Fringe... The celebrated comedy abattoir that has slain a thousand comics' (Scotsman).