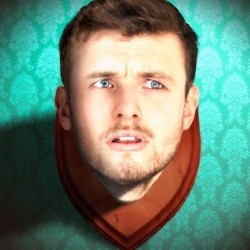 A raucous hour of comedy from a new kind of comedian. With only his voice, body and trusty clothes rack, John McKeever effortlessly morphs from persona to persona, blurring the lines between stand-up, storyteller and multiple personality disorder. Who will he be? An Australian sci-fi star turned alchemist-of-word? A karate instructor (with a penchant for cheese)? An aged war vet, rock'n'roll preacher man? The only constant is our faithful but frustrated MC, Esterov, forever determined to showcase his own unique abilities. Come and meet the multifarious mind of John McKeever.