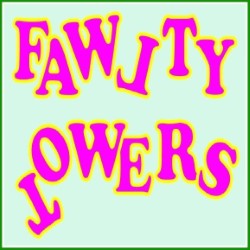 Sitcom performed on the following days in August 2015...

Two classic episodes from the 70s sitcom, live on stage. In A Touch of Class, Basil is at his sycophantic, fawning best as his efforts to raise the standard of clientele at Fawlty Towers bear fruit in the person of Lord Melbury, a man with an aristocratic air and a curiously heavy briefcase. In The Wedding Party, Basil fends off the rising tide of immorality in the forms of an overfamiliar French antiques dealer and a group of seemingly libertine wedding guests who threaten to infect the staff with their deplorably liberal displays of affection.