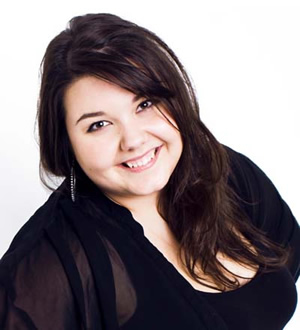 Danish comedian Sofie Hagen's star is rising on this side of the North Sea, and she's back at the 2015 Fringe with her latest live show, Bubblewrap.

I was complaining about Edinburgh to my mother. About the stress, the pressure, the money, the breakdowns. She said, "You know, you could just *not* go." and I laughed in her face for twenty minutes and thanked her for cheering me up. I cannot NOT go. It's impossible. I eat, breathe and sleep comedy. It's the mecca. It's the mothership. Of course I'm going.

I will flyer a lot on the first day and then I will simply lock the doors after my show, so the people will have to sit through my show every single day for the rest of the run. That way I needn't be concerned about getting new people in. 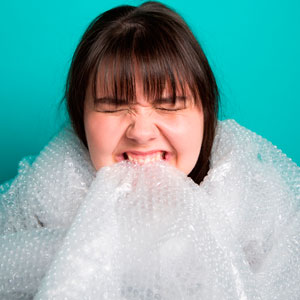 I saw Swedish super-comedian Evelyn Mok come running out of a hotel, frantic and sweaty - carrying a huge cardboard cut-out of a beaver under her arm. She ran down the street with it and I never saw her again. We lived together at the time and when I returned from the festival, her room was completely empty. She had even taken the curtains. I don't know what became of her.

I cannot wait to see Harriet Kemsley's debut show. And Kyle Kinane will be up there and I want to see him. But that's a lie, I want to LISTEN to him, because oh em gee, that voice, am I right ladies? Also I want to be at The Alternative Comedy Memorial Society every night because that's the spirit of the Fringe.

The Comedians' Rap Battles are always fun. Especially in Edinburgh. But since I did this one last year:

I am scared of running into Jeff Leach again. Just on the off chance that he wants to take revenge.

I've seen every single show that is going up there (including theatre, musicals, poetry and dance) and I can say with completely honesty that NO ONE has the exact same show as me. So if you want to see that show, it's only mine you should come to. Please come to mine. Please.