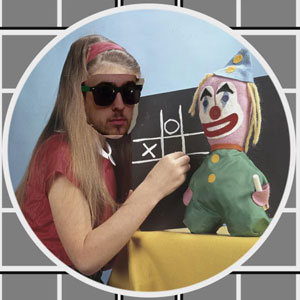 2011 was the year that the spirit of Nev took possession of my soul. In 4 ½ years that once fresh-faced boy in his early 20s is long gone, replaced by a battle-scarred (mostly self-inflected) ravaged hulk in his mid-20s. I'll be forever thankful to those that gave me all those early opportunities to improve and develop my style and approach.
Since 2014 I've had a very productive time. Along with my good friend Jamie Rolland we started organizing and curating a monthly night of anarchic comedy madness called CHUNKS (big shout out to all the troops!), which has been gaining a cult following and reputation. I've helped produce shows for the insane American double act Zuma & King Rizzler and another that brought together 3 of Scotland's most mysterious and secretive outsider artists (Toby Wheatcrust, Salty and Remy Renoir).
I've also produced my first three solo hours: 'Rave', 'Gold' and 'Skin', with the upcoming '$cum' as my 4th. With each show I try to do something different to the last, to challenge myself as a writer and a performer. I want to keep improving, experimenting and building an audience. I like to keep myself busy. I was always impressed and inspired by artists like Aphex Twin and MF Doom who in their stride were incredibly prolific. My template is to produce a standalone show for the Glasgow festival followed by a different show for the Edinburgh run. I know what show number 5 will be and I've got a few ideas for number 6. It can be a hectic schedule, but I find it invigorating.

I don't have enough grey hairs. Also, last year I never completed the ultra-hot sauce "suicide challenge" at Wings, so I'm determined to do that without shitting myself or dying. It's my Everest.

Hopefully by the end of the Fringe I'll have enough money to get the bus home. You do some things for the love and the experience. What little money I made last year went on beer, ice cream, shawarmas and going to other shows, so I imagine that's the formula I'll follow this year. I'll be poorer financially but richer in spirit.

The day before last year's Fringe, I was stopped by the least convincing undercover drugs police officers ever. It's a sort of forced casual look. They believed that me and my friends were smoking bad drugs in the park, we weren't. But they searched us, including my prop bag for that year's show. This included a hand drawn cartoon of a t-rex with a giant throbbing erection (you had to be there), trying to explain the premise to the policemen proved difficult. No bad drugs are found on us, although it probably would've been less embarrassing. For the Fringe I would advise to just embrace the weird, and seek it out. It can be glorious. 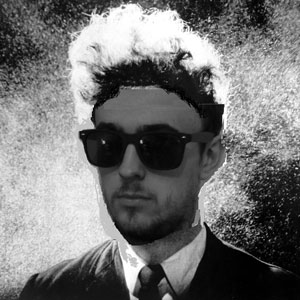 I think part of the fun with the festival is taking a risk and discovering something unexpected. You could stumble onto unexpected genius. But I would advise going to see following shows by some very funny people: Ally Houston: Shandy; Bob Graham: It's Easy to be Cynical; Richard Brown: Art is Easy; David Callaghan: No Momentum; Marc Jennings: Disconnected; Two Thirds of a Trio, Paul McDaniel: Into the Soup and Philip O'Shea Turns 30 - Live.

I'd secretly infiltrate a massive show like a stand-up gala in a giant stadium, inviting all my comedy comrades, who I love (too many to mention but you know who you are) to invade the stage and perform as we tear the place down. Anarchy ensues.

Either persons dressed as a t-rex with a giant throbbing erection or an actual t-rex with an actual throbbing erection, intrigued by that earlier anecdote. I would have to tell them that I dealt with this issue in last year's show. If they expected any more prehistoric phallus comedy in this new show, they'd be bitterly disappointed. This year the show is about talking cars and meerkats. But then again, tragedy + time = comedy. So maybe there'd be 10 minutes that could be made out of this encounter. So maybe next year dino fans! Either that or my jobseekers advisor.