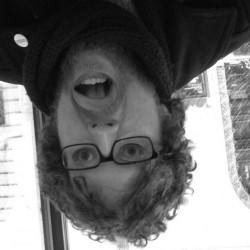 The follow up to his debut show, This is Not for You (**** Scotsman), this is an alternative comedy show about hopelessness. As not seen on BBC Three. 'Thinking, kick-ass comedy needs Richard Brown before TV turn it all into Mrs Brown' (Scotsman). 'Tall, bearded' (Fresh Air Radio). 'This is comedy with bits of the veneer peeled away so you can see through to the structure underneath' (One4Review.co.uk). 'Less of an elitist snob than a misanthropic sociopath struggling to limit the number of people he has to interact with day-to-day' (Chortle.co.uk).