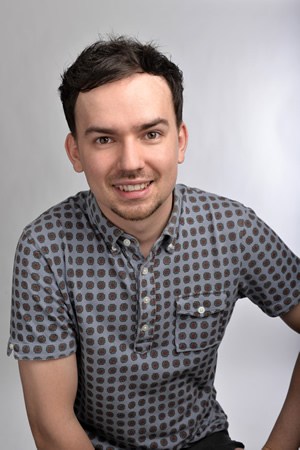 I started stand up when I was 19 and I'm now 27, it's a long 8 years. I am more than happy with where I'm at, as long as I have a stage and mic I'm happy, an audience is always a bonus. My dream was to play Hackney Empire which I have done a few times, so I consider myself very lucky.

A Fringe debut that explores the life of a young Kevin J growing up on a notorious council estate in Tottenham, North London.

It's famous for a reason and that is reason is just how awesome the Fringe is! The buzz of Edinburgh is addictive, I can see why so many comedians say 'never again' and then do it again. Being my debut I luckily don't have that burden of stress, for me it's sheer excitement.

I wish I did, I will probably just be handing out flyers looking like one those chaps that give away the free newspaper near train stations.

This is my first paid show. I'm expecting a loss, but the tune of what I have no idea. Gulp!

Yes, last year I did half an hour on the Free Fringe. The weirdest part of last year was doing a show at 3.30pm - comedy in the daytime was really weird because I'd only gone to bed about 5 hours before my show went up.

I'd have to go for the comedians that I'm a fan of. So, Slim, Marcus Brigstocke, Peter Kay, Micky Flanagan and Chris what's his name?... Rock, that's it.

My dad, he hasn't a positive word to say about my stand-up other than "you're braver than me"!

I'd like to think I could honestly say it's something different. I have played the black comedy circuit for 7 years, travelling to Africa and across Europe performing. The voice and tone of my story is one that isn't all too common.