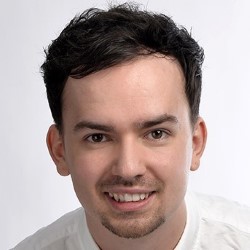 The award-winning star of MTV's Comedy Funhouse brings his debut hour to the Fringe in 'a show rammed full of energy and laughs' (Skinny). 'A refreshing and important comedy voice' (Sunday Times).

In his first solo hour performance at the Fringe, Kevin deconstructs life as a council estate kid growing up in inner London and how this took him from 'attention seeking' class clown to stand-up comedian. Sit back, relax and enjoy as Kevin shares tales of family, friends and his own personal journeys from being raised in one of London's most multicultural boroughs with his affable style and intellectual wit.

Since starting comedy at the age of 19, Kevin J has performed gigs worldwide from London to Africa, including at such internationally renowned venues as The O2 and Shepherds Bush Empire. In his first year as a stand-up he won the prestigious Black Tie Award for best newcomer. In addition to his extensive stage work, his TV and radio credits include Kojo's Comedy Funhouse (MTV) and BBC Radio 1Xtra.