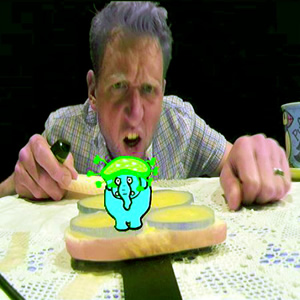 Howard Read is the man behind kids show Annabelle's Skirting Board Adventure.

I'm a comic, who does animation, kids shows and most recently writing for kids TV shows like Horrible Histories, Danger Mouse and The Furchester Hotel, among others. I'm really enjoying the mix of stuff I do, so am very happy, yes.

Multimedia comedy show for everyone, including three-year-olds. There's seven cameras, a full set, a cartoon elephant, moth, a trumpeter and me.

I'm also doing a WIP stand-up show too. Very rarely in life do you get the highs and loss of the Fringe. Unless you're in a soap opera, or in prison. It makes me feel alive.

Dig pits, and cover them over with sticks and flyers.

No idea. Usually one show makes money and one show loses, but with both Annabelle and my stand-up it's more about the long term. This time next year - millionaires.

Having Nicolas Parsons try to get me to feed him the questions I wanted him to feed to my animated cartoon boy after he'd fallen asleep while watching my first ever fringe show. 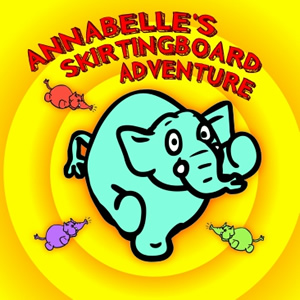 Funz and Gamez, so I can see what made every comic on the circuit think they should put on a kid's show too. Thanks boys.

Mick Ferry and Glenn Wool alternating throughout the day.

Any of those jugglers who carry swords. It's too late to say Kate Copstick as she found me last week.

If they have a toddler, it's the only original comedy theatre show aimed at their kid. If they don't, it's the only place you'll see a tiny elephant carried around on a man's finger, voiced by one of the best jazz trumpeters in the country/my flat (can't remember what it says on his CV now).