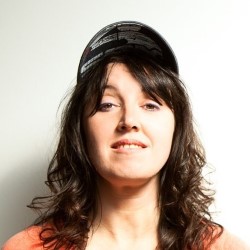 Teachers said Eleanor was clever. Showered her in awards and prizes. Now watch her devote those talents to subjects that are ultimately not worth the effort. As seen on Stewart Lee's Alternative Comedy Experience (Comedy Central). 'A distinctive, inspired comic mind' (Scotsman). 'The fastest-rising comedy talent in the country' (Irish Times). 'Tiernan doesn't do gimmicks, or props, or faux-musical numbers, or kitsch, or heckling, or topical trash-talk. She's simply and undeniably, just Eleanor Tiernan' (ThreeWeeks).

Is intelligence really an advantage in life?

Stand-up comedian Eleanor Tiernan is delighted to debut her new stand up comedy show at the Edinburgh Fringe Festival in August. Dont Cry For Me Eleanor Tiernan is a blistering hour of jokes, stories and theories on the gap between who we are and who we were meant to be.

Ear-marked for great things at an early age, Tiernan's journey has taken her to unexpected places, i.e. places that her teachers never predicted. "I was being smuggled out through the back door of a venue in Manila to avoid angry bikers who wanted to 'teach me some manners' and I thought, how is this happening to me? I was one of the good children!" says Tiernan.

UK comedy fans may have seen Tiernan on Stewart Lee's Alternative Comedy Experience on Comedy Central. At home she is a writer/performer on the IFTA nominated Irish Pictorial Weekly on RTE. Eleanor's most recent show, the National Therapy Project, was nominated for the First Fortnight Award in the 2014 Dublin Fringe Festival, an award for shows that focus on mental health.