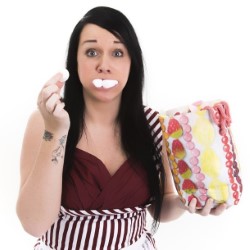 West Country comedian and MC extraordinaire, Cerys Nelmes, returns to this year's Fringe with a full run of her popular show, Pick'n'Mix! Cerys MCs an hour of comedy featuring three fabulous comedians, from the UK comedy circuit, that are performing at the Fringe. Each show is different and the daily line-up can be found at www.cerysnelmes.com. 'Cerys does funny, in a very funny way. Be part of her world for an hour, you'll be glad you're you!' (Riproar, Bristol). 'Cerys, Cerys, Cerys... where do we begin? Guaranteed laughs from start to finish!' (Taunton Comedy).