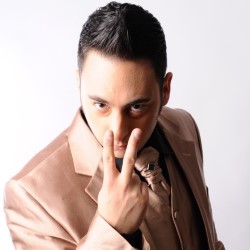 Strictly Come Trancing is an unforgettable hypnotic experience. Featuring a comical scientific introduction to hypnosis, optical illusion, live induction of hypnosis and unique hypnotic sketches with audience interaction. World-class entertainer Ben Dali has previously hypnotised Union J, deduced the tell of Sir Ian McKellen and is the world's only Google Glass-wearing hypnotist. Come along, get hypnotised or see your friends and family as never before. No nudity or humiliation. Ben Dali guarantees lifelong memories at every performance. No two shows ever the same. All participants are volunteers.

Ben Dali is a dynamic, unpredictable and thoroughly modern stage hypnotist. Updating classic hypnotic concepts and creating unique and relevant sketches revolving around recent news stories and pop culture icons, he brings hypnosis into the 21st century like no other. With over a decade of varied stage experience he engages instantly with audiences of all ages and backgrounds. Dali has performed hypnosis for Google, hypnotised the boyband Union J and amazed Sir Ian McKellen with mentalist effects.

In Strictly Come Trancing, Ben Dali introduces the show with a comical scientific explanation of hypnosis, complete with hypnotic optical illusion, before inviting volunteers up to the stage. Once the volunteers have been induced into hypnotic trance in front of the audience the fun truly begins, and what happens next is anyone's guess. Audiences can expect live rapping, breakdancing, political debate, spontaneous quizzes, nude art, and 'guest appearances' from high profile celebrities and sex-crazed aliens, while frequently encouraged to interact with volunteers and help shape the show. As each performance of Strictly Come Trancing is adapted to its volunteers and spectators, no two shows are ever quite the same.